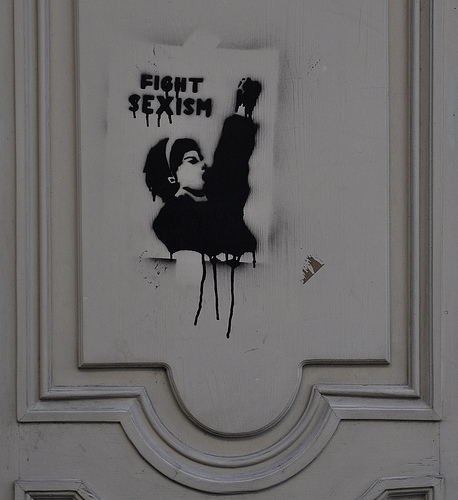 New feature: What is the Everyday Sexism Project?

One of the most insidious elements of sexism is that we’re taught to disregard it, to question if it’s really happened. We’re encouraged to question and second guess what’s happening in front of our eyes. This might take the form of being told not to take it so seriously when co-workers make offensive jokes, right up to victim-blaming survivors of sexual violence.

There’s been a stream of this sort of project – like the #ididnotreport hashtag on Twitter, and Tumblr, which allows people to anonymously or in public share stories of why they didn’t report being sexually assaulted or raped.

She explains why she set up the project, what it’s like to be the curator of such a collection of stories, and gives us a glimpse into her inbox: both the emails from women sharing their stories of sexism – and the hate mail.

As she tells is:

I set out, not to solve the problem outright, but to prove that it existed, and to make sure that nobody would tell us we couldn’t talk about it anymore.

Photo of stencilled graffiti on a door, reading “FIGHT SEXISM,” with a woman raising her fist in the air, shared under a Creative Commons license by Flickr user HerrWick