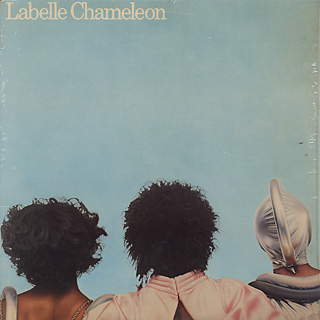 Song of the day: LaBelle – Going Down Makes Me Shiver

LaBelle are possibly best known for their twice-over hit ‘Lady Marmalade‘ but there is so much more to the work of Patti LaBelle, Nona Hendryx and Sarah Dash than this end-of-night anthem. For starters, they were the first African American pop group to perform at the Metropolitan Opera House (1974) and the first to feature on the cover of Rolling Stone (1975). LaBelle, Hendryx and Dash were donning fabulous theatrical space-age outfits decades before Gaga and their art-rock aesthetic combined with disco, R&B and glam-rock to create something exciting and groundbreaking.

The group were originally named The Bluebelles (followed by Patti and The Bluebelles) and initially included Sundray Tucker, who was replaced by Cindy Birdsong (who, in turn, left to join The Supremes in 1961). Success came later, in 1971, after member Sarah Dash wrote to Vicki Wickham, the producer of Ready Steady Go!, and told her they needed management. Wickham went on to encourage what was already there and the group became LaBelle.

Reflecting on the political content of LaBelle songs such as ‘Shades of Difference‘ and ‘Won’t Get Fooled Again‘, Professor Mark Anthony Neal has said (in an article in The New Black Magazine) that LaBelle were “redefining what black women and women in general could sing about.”

Another boundary-pushing song in LaBelle’s back catalogue is the Hendryx-penned ‘Going Down makes Me Shiver‘, with its arguably obvious allusion towards oral sex. (This was released in 1976, remember!) It could be directed at a lover of any gender and is a soulful tribute to desire and pleasure.

‘Going Down’ is from LaBelle’s sixth album Chameleon. The group made a comeback album in 2008 and continued the politically conscious angle of tracks like ‘Shades of Difference’ and ‘Won’t be Fooled Again’ with a song about Rosa Parks. Long live LaBelle!

YouTube image descriptions: Video begins with the song title and act in white on a brown/maroon background, followed by a fade in of the cover of the 1976 album Chameleon. This is mostly light blue with a back shot of Sarah Dash, Patti LaBelle and Nona Hendryx across the bottom. The shot fades into the back cover: a front facing picture of a laughing Nona, Patti and Sarah. Nona is notable by her white space-agey skull cap/head-dress with a lizard crest through the middle. These images slowly alternate until a picture of Sarah, Nona and Patti in full costumes at 6.07. Sarah wears a (possibly long) white skirt, light blue bra top, large silver pendant and shaggy cropped jacket with light blue fluff and an open orange collar. Nona wears a silver/white all-over body suit and skull cap with large high feathers sprouting from the shoulders. Patti wears a light blue textured armour-like dress with a taselled skirt over a black long-sleeved top. She also wears a matching light blue hat with a very long thin taselled part sticking up from her head, tied under her chin. This is followed by another sequence of the album cover before a black and white head and shoulders shot of Nona, Patti (forefront) and Sarah in silver collared outfits.