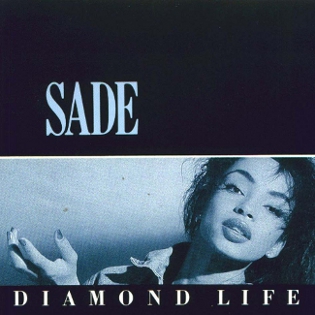 Song of the day: Sade – When Am I Going to Make a Living

Famously private and renowned for not playing by the rules of fame, the public persona of Sade Adu can probably be summed up by the statement that “This bitch sings when she wants to”. The story goes that this was written over a New York poster of Sade (a public display mentioned by Sade herself, with wry humour, to Robert Sandell in a 2010 Times interview).

Sade were major players in the sophisti-pop sound of the 1980s but the themes of the songs are as memorable as the tight jazzy melodies, covering topics such as desire, bereavement and prostitution.

‘When Am I Going to Make a Living‘ gives a snapshot of creative people living on the fringes, while trying to meet the necessity of earning a living. This was something the band themselves had direct experience of and it is well documented that Sade squatted while building her career. The song’s significance for creative workers has not gone unrecognised. For example, a Boston (US) exhibition blog ran a very interesting write-up about the song and video in May this year:

“One recognizes a certain look of jobless ennui, a subtle fashion of resistance, a telling sign of her enduring frustration with capitalism. The song was released in 1984 during record unemployment in Thatcherite Great Britain, a time not dissimilar to the present global impoverishment and the widening economic gap.”

‘When Am I Going to Make a Living’ does indeed seem particularly pertinent in the current political climate. Its impassioned existential message reaches out to anyone chasing a dream while running from the pressure to “give in” to bad faith and be swallowed by the machine:

“Got to wake up and tell yourself

There’s no end to what you can do

They’ll waste your body and soul

If you allow them to”

There’s an individualism inherent in some of the lyrics (i.e. “put the blame on on-one else”) that arguably fails to acknowledge the whole picture in terms of inequalities and oppressions. However, the sense of resistance to domination and bad faith in the song arguably outweighs that. After all, surely a paean to individual determination in liberation needn’t undermine the importance of collective struggle?

Video description: Sade walking along a crowded street -mostly smartly dressed men- in a fitted white raincoat and her hair tied back tightly. A man in a beret emerges from a front door past a man sitting on the wall and walks down some steps (brief cut to hands on drums) onto the path. The next shot is of the legs and feet of people in traditional office attire, moving back to Sade before another drums shot briefly fades in and then out again. A bus passes and it becomes apparent that the scene is set in central London. (Brief cut to two men in a walkway.)

The camera is now close to Sade and she begins singing. She enters a cafe, still singing, and heads towards where the rest of the band are seated. This is intercut with shots of Sade crossing the street and switches to her in a taxi. More cafe, drum and walkway shots follow and the man previously seen emerging from a house is shown coming down more steps. The walkway and steps shots now include Sade. Sade is shown singing in the street again and moves towards a shop window to watch a man playing a saxophone inside. This is followed by more street scenes interspersed with the band in the cafe.

The man in the beret goes into the cafe and is shown chatting to Sade and taking his hat off before being seen running down the walkway (possibly away from someone?) and his hat falling off. Switch to Sade and the band walking away from the camera down the street and Sade picking up a beret. Brief switch to the man running down the walkway again. A light follows him as he runs. Sade and the band continue walking away. She turns to the camera and sings the final line “We’re hungry but we’re gonna win”, smiles and then turns to continue to her destination with the rest of the band.