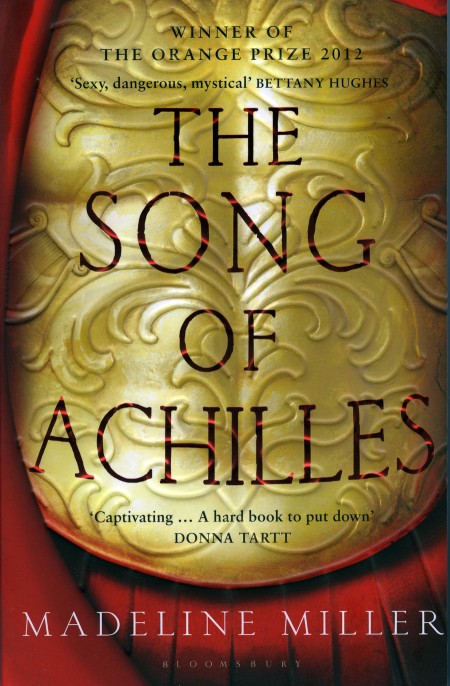 New review: The Song of Achilles

Despite enjoying the novel, Alexandra Roumbas Goldstein has a feminist bone to pick with this year’s winner of the Orange Prize for Fiction

hurling down to the House of Death so many sturdy souls…”

Thus begins Homer’s Illiad, with a raging argument about pride and honour that reaches its peak in plague, defeat and, ultimately, the death of Achilles, once heralded as the “greatest of Greeks”. Doomed Achilles is stubborn and intractable, proud and cruel; when he’s finally roused from his refusal to fight and kills Troy’s brightest star, Prince Hector, he then drags the corpse around the city several times a day – in full view of Hector’s family and in blatant defiance of the Trojan funeral rites – until finally aged King Priam braves the Greek camps to come in person and beg for his son’s body.

How does such a character become sympathetic – especially to modern eyes? This is classical scholar Madeline Miller’s challenge in The Song of Achilles, and for the most part she succeeds convincingly by taking his story back to its roots, and imagining the development of Achilles’ relationship with his beloved Patroclus.

Using Patroclus’ gentle narrative voice, Miller deftly paints the picture of a boy, and later a man, in love, and the way in which he is stunned and grateful for that love being returned

Although not explicitly stated in the Iliad, some accounts have placed the two men, always depicted at least as close friends, in a romantic relationship and it is on this that Miller’s novel rests. Her strengths lie not so much in evoking the passionate love story, although she does so elegantly, but in creating an almost distressingly real setting in the ‘age of Heroes’ – despite the matter-of-fact intervention of gods and the lauding of values that seem alien to modern eyes. In her hands, the argument between Achilles and Agamemnon evolves from a petty spat between raging warlords into an inevitable clash of personalities driven by prophecy, love and loss.