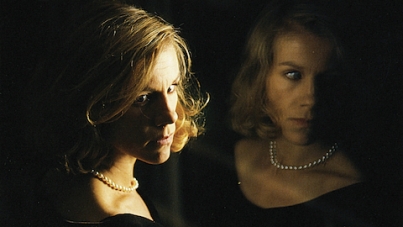 Paula Milne: the personal as political season at BFI Southbank

Starting this Thursday, BFI Southbank will be hosting a season devoted to British screenwriter Paula Milne, known most recently for this year’s BBC series White Heat and 2011 television adaptation of Sarah Lucas’ The Night Watch.

Beginning as a script editor at the BBC, Milne quickly progressed to her first

major success: Angels (broadcast by the BBC 1975-78) was one of the first drama series to place women (student nurses) at the centre of the narrative.

Her television play A Sudden Wrench (1982) was a touching and humorous portrait of a woman trying to turn her life around by joining a masculine world populated by builders. She followed with the devastatingly powerful John David (1982), based on Milne’s own experience of having a Down syndrome child and the pressures that society exerts on the parents of these children.

In the 1990s Milne’s writing developed with new scope and ambition. Her award-winning work The Politician’s Wife, made for Channel 4 in 1995, would become one of her career highlights: a subtle and powerful examination of love, politics and revenge. Starring Juliet Stevenson as a wife betrayed by her high-flying cabinet minister husband, the series demonstrated Milne’s ability to integrate a personal story into a much wider political landscape.

Never afraid to tackle large and important subjects, Milne wrote the scripts for Endgame (2009), examining the dying days of apartheid in South Africa, and Hollow Reed (1996) that tells the story of a man who loses custody of his son after revealing his homosexuality. The season will also include the premiere of Milne’s unaired work Thursday 12th, pulled from the air twice since it was made in 2000 owing to its scheduled proximity to the date of an election.

Paula Milne will be in conversation with Ben Stephenson (Controller, BBC Drama Commissioning) on Monday 24 September discussing her remarkable writing career, illustrated by clips from her past work and her eagerly awaited follow-up to The Politician’s Wife, The Politician’s Husband (with David Tennant) due to air in early 2013.

We have two pairs of tickets to give away, for either Frankie & Johnnie on Monday 10 September OR Hollow Reed on Friday 28 September.

For your chance to win, please email me at ania.ostrowska[at]thefword.org.uk with your name and preferred screening, answering the following question:

Which popular soap opera has Paula Milne contributed to for over two decades?

The F&J deadline is Friday 7 September midday and the Hollow Reed Friday 14 September.

The image courtesy of BFI