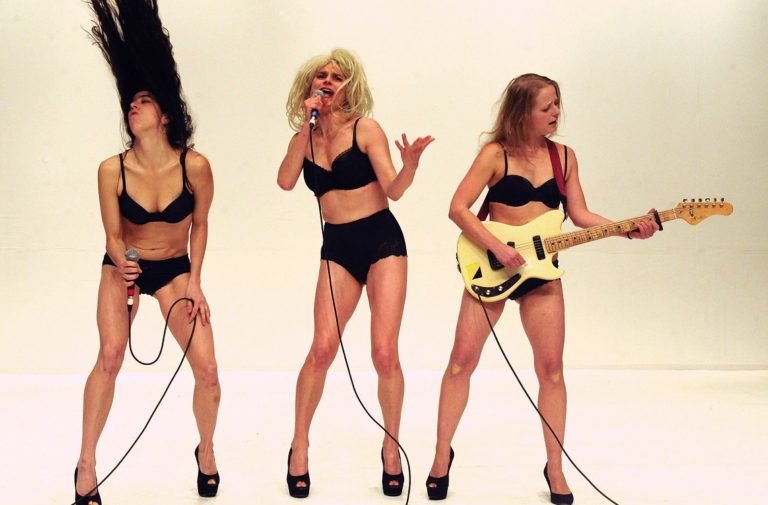 On the website for the show Motherland, it lists some of the issues it features: “airbrushed beauty, boob jobs and Botox, victim-blaming, slut-shaming, the might of motherhood and the challenge of childlessness.” It’s a production about gender construction, about sexuality, about meaning and about how we are who we are.

When Caitlin Hayward-Tapp saw the show, she found her own views of gender challenged and explored, aided by a post-show discussion that revealed how diverse and intricate other people’s interpretations of the same scenes had been.

Indeed, one of the great strengths of the piece is how open each vignette is to personal interpretation. The subjects are handled with subtlety, allowing the audience to reach their own conclusions. While I felt this sometimes left me grasping for meaning, generally I felt very engaged and involved with the performance. Certain pieces felt particularly moving or distressing without it being immediately clear to the viewer why that was, which I felt encouraged me to question and analyse my responses a lot more than I would have done if the meaning was immediately obvious. For example, one vignette shows Janusz Orlik stuffing bloodied cotton up Aurora Lubos’ dress while cymbals are played and she howls in pain, interspersed with them both bowing and smiling to the sound of enthusiastic applause. Discussing this after the performance, I found myself torn – did this represent sexual violence, or pregnancy? Why are the two so interchangeable, and why, as someone who hasn’t experienced either, was I almost moved to tears by it? Personally, I’ve never felt so challenged by a piece of performance art and as a result I found myself thinking about gender in ways I hadn’t previously considered.