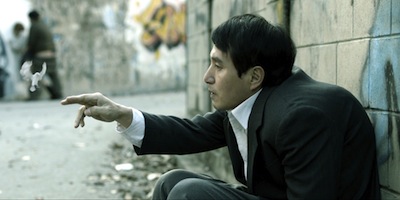 You probably know, whether you like it or not, what ‘Gangnam Style’ is.

A K-Pop (Korean Pop) single, released by South Korean musician PSY in July 2012, has been mentioned endlessly in popcultural context since then. The official YouTube video for the song has been viewed more than 935 million times as of now. And yes, before you ask, the “Gangnam Style to One Billion Views Campaigns” are already popping up on Facebook.

Just like the song referencing the hip Gangnam district of Seoul, the entire K-Pop enterprise is “the youngest, glossiest and highly successful South Korean cultural export”, as our contributor M. Lý-Eliot notices. However, it is not the only face of Seoul or South Korea, the country that has rapidly changed in last 50 years:

Gender issues are highly contested in South Korea, a country where women’s lives have changed rapidly since the 1950s. In less than 100 years, women have gone from being heir producers in a feudalistic, colonised culture to being workers in an economy ranked 15th in the world in the UN human development index. To put this in perspective: France is ranked 20th, Finland – 22nd and Britain 28th. As South Korea increasingly exports its culture, Korean film and music become a primary arena where modern gender confrontations are played out.

M. Lý-Eliot reviews for us The Weight, a 2012 film by Korean arthouse director Jeon Kyu-Hwan, appreciating the challenge it provides for mainstream, and not only K-Pop, “sexy ladies” who “put their hair down when the right time comes”…

The image is a still from The Weight, courtesy of London Korean Film Festival.