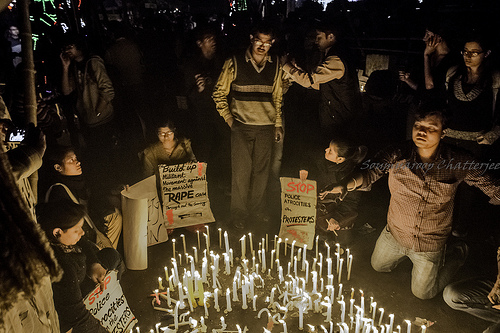 A round-up of the week

Welcome to the last of 2012’s posts rounding up what we’ve been reading in the last seven days. Please feel free to add more links and have a general chat in the comments.

As always, linking does not imply any sort of endorsement either of a particular story, how it is presented or its source – we sometimes add things because they make us think ‘WTF’ and sometimes because it’s interesting.

Please use your own discretion and common sense when clicking on links.

Indian women march: ‘That girl could have been any one of us’ (The New York Times)

Dr Who: sexism and audience (A Very Public Sociologist)

Pussy Riot: ‘Things have changed, but our desire to protest remains’ (The Guardian)

A garden in Afghanistan: women, roses, and guns (Women Under Siege)

There’s no such thing as free choice, so why single out sex workers? (Another angry woman)

2012: the year when it became okay to blame victims of sexual assault (The Independent)

White feminists, now will you listen? (Trigger warning) (Left at the Lights)

Tell Channel 4: Violence against women is not a laughing matter (Solidarity Federation)

Women, and not their modesties, are feeling outraged. So is everybody else. (The Life and Times of an Indian Homemaker)

When Newsweek’s women said no (Newsweek)

Photo of a candle-lit march in Kolkata, in protest at the gang rape of a young woman on a bus in Delhi by Soumyaroop Chatterjee, shared on Flickr under a Creative Commons license