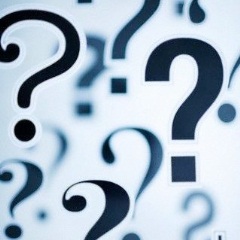 The big fat issue of the year

This is a guest post by Kathi Elizabeth. Kathi lives in the north east and works in Yorkshire, so can usually be found on a train either writing or napping. She is particularly interested in representations of women in the media – an interest which was nurtured through many a university module, British and Mexican cinema and live comedy. She tweets here.

Without going into the ridiculousness of everything above let me just briefly say – for the record – it wasn’t for a family show, it was post-watershed. Also if your child understood the joke then maybe your parenting needs questioning. And finally (because I really didn’t mean to get into this), The Sun claiming to be a family newspaper is my favourite thing ever: ‘Mam, can you pass me the tits once you’re done with them? I’ve got a full school assembly this morning and I need something to get me through it’.

I imagine if Ofcom did 1471 it would be the number of The Daily Mail desperately trying to drag this story out for a little longer to save journalists struggling with the January blues from having to go and find real stories or the press office at Channel 4 keen for strong viewing figures for the repeat.

My issue with Big Fat Quiz of the Year is this: why weren’t there any female comics?

I hate tokenism. If there aren’t any funny women in the world then don’t put one on just for the sake of it. However, we were tripping over hilarious, intelligent, sharp women in 2012. It prompted tea time teaser and general female population pleaser, Richard Osman to tweet ‘So lucky to be bringing up a teenage daughter in the era of Miranda, Tina Fey, Sarah Millican, Caitlin Moran & Clare Balding #awesomewomen’. So why was Gabby Logan chosen as the token woman on The Big Fat Quiz of the Year?

No offence to Gabby Logan, but if we are only allowed one woman on the show and all the other panelists are comics then why not make the female panelist a comic too? Or at least someone who did something centred on comedy during the year rather than someone who was best known for presenting two weeks of sport.

Channel 4 has nurtured some great female comedy talent in 2012. The cast of Fresh Meat, Isy Suttie in Peep Show, Tamsin Greig in Friday Night Dinner, Sara Pascoe on Stand Up For The Week, Katherine Ryan on 8 out of 10 Cats. They should have been showcasing that. Were they all busy during the recording? (I can’t help but think that a Katherine Ryan/Richard Ayoade partnership was a massively missed opportunity). Edinburgh favourite and triple nominee Josie Long would have been a fantastic addition, not to mention popular stand-ups Andi Osho or Shappi Khorsandi, and it’s fair to say Sarah Millican is a household name that could have lived up to the task.

The more women we get to see on TV being funny the less likely it is that the tired ‘Are women funny?’ question will get dragged out and the less likely it will be that you’ll have to read pissed off women talking about the lack of women’s representation.

Image of a variety of question marks on a white background by ccsdteacher, shared under a Creative Commons licence.