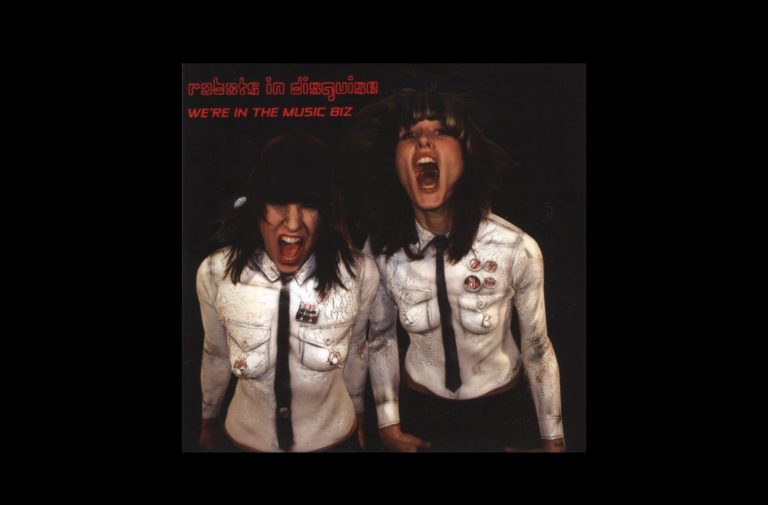 Guest song of the day: Robots in Disguise – Girl 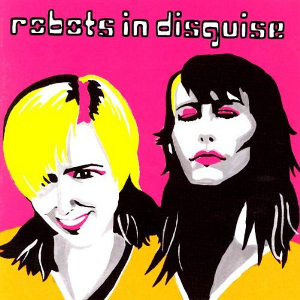 It’s quite a surprise to me that this particular song by the all-female band Robots in Disguise isn’t more known in feminist circles. Despite the use of degrading words to describe women, ‘Girl‘ is a positive, catchy song about being a woman and proud of it.

The song’s verses are based on the book The Feminist Critique of Language and poke fun at the many negative terms for women:

“Names for my sex

Overall, the songs message is that despite all these derogatory labels we are given as women, we don’t have to consider ourselves to be these things or think we are weak just because we’re female. The chorus reflects this:

“It’s not a dirty word

It’s not a dirty word

C’mon use it, dream it, choose it, own it, sign it, scream it

The video reaffirms this message of strength, as Dee Plume and Sue Denim control a ‘girl’ robot who battles against the ‘boy’ robot controlled by Noel Fielding (of The Mighty Boosh) and musician/producer Chris Corner. The girls ultimately win the battle- capturing the boys and cutting off all their hair; it’s a humorous video but could also represent the so-called battle of the sexes.

The song also could be about female friendship and solidarity- in the last verse, there’s the question of “Do you wanna be in my gang?” The gang being these girls who are happy to be female.

There are plenty of songs that get overplayed generally about female empowerment but this is my personal favourite, as it has an excellent message of overcoming the “weaknesses” leveled at us and being proud of who we are.

What do you think of Dave the Chimp‘s tongue-in-cheek video for ‘Girl’ (below)? Does it simply poke fun at the so-called ‘battle of the sexes’ and playfully turn the tables on the guys in the story? Or do you find some of the scenes unhelpful and problematic?

Image descriptions: The frontpage picture is the cover of RID’s third album We’re in the Music Biz (2008). This shows the band shouting in white shirts and ties, against a black background. The picture in the body of this post is the cover of the band’s self-titled first album (2001, with some later issues named Disguises). This is bright pink and shows a black, white, yellow and pink cartoon picture of the two band members.

Video summary: Robots in Disguise prepare for a robot war in a kitsch art studio and go on to do battle in a yellow robot against Noel Fielding and Chris Corner in a light green robot. After some twists and turns, the girls emerge triumphant against the boys when their robot emits powerful soundwaves. They then go on to capture the boys. After being briefly taken in by Noel’s attempt to hypnotise her, Dee cuts off the boys’ hair and dons some ‘Anti-hypno spex’.