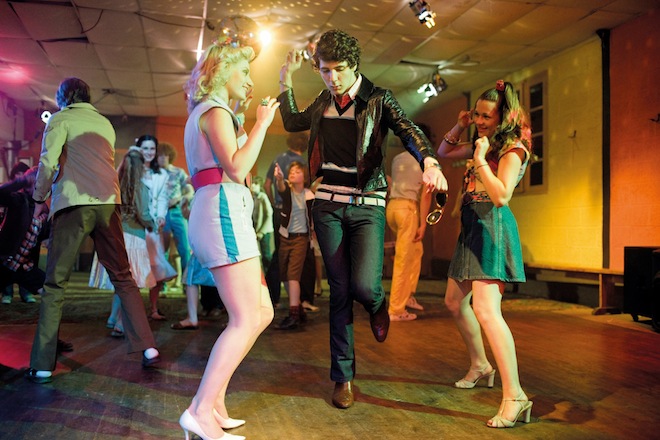 While it remains contested exactly which week of the year is the most miserable one, a non-for-profit foundation LOCO will definitely brighten up the next week for Londoners. London Comedy Film Festival returns for a second year to BFI Southbank and takes over new venues, including Hackney Picturehouse and The Lexi Cinema, from 24 to 27 January.

This year’s festival will feature a special focus on women in comedy, supported by the Creative Skillset Film Skills Fund and in partnership with Underwire. The Working Women Day on Saturday 26th January is both a celebration and a campaign for more smart, funny female characters on screen an will include previews, discussions and a special live chat show plus drinks hosted by Funny Women.

The focus on women continues with The Ephrathon on Sunday 27 January at The Lexi Cinema, a celebration of the life and work of director and writer Nora Ephron who died in 2012. There will be screenings of three of her finest films: Heartburn, Sleepless in Seattle and Julie and Julia, each introduced by a guest host. There’ll also be a Nora Ephron bake-off where guests will be able to bring their best fruit pie to the screening and win a year-long Lexi membership.

On Saturday 26 January BFI Southbank will host the world premiere of Le Skylab, a family comedy set in 1979 written, directed by and starring Julie Delpy. It is about a precocious 11 year old making her transition to teenage life while her family drink, dance and fight around her: a miniature French summer holiday for a dark London January afternoon.

Finally on Sunday 27th January, as part of the festival’s Funny Far East strand, there will be a screening of UFO In Her Eyes at the Hackney Picturehouse. Adapted from acclaimed novel by writer-director Xiaolu Guo, this award-winning comedy combines beautiful photography, winning performances and unforgettable images in a sparkling satire on China’s new consumerism. Xiaolu Guo lives in Hackney and will be present to introduce this special matinee screening and take questions after the film. The F-Word will publish the review of the film and Q&A with the director in February so watch this space!

For your chance to win one of two pairs of tickets for Nora Ephron triple bill at The Lexi Cinema on Sunday 27 January, please answer the following question:

Meryl Streep starred in how many films written by Ephron?

Please email your answer by noon Thursday 24 January to ania.ostrowska[at]thefword.org.uk

The photo courtesy of Margaret_