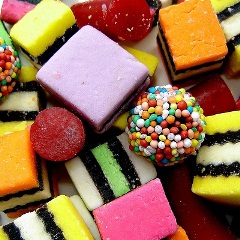 On time this week! Here’s our list of links we found interesting or thought-provoking in the past week. As usual, linking does not imply endorsement of the content of the article or website in question.

Not all men in the ‘friend zone’ are bad guys (Guardian, CiF)

Five people living on the margins of modern Britain, including a former prostitute and a female asylum seeker (Guardian Life and Style)

Zooey Deschanel is a feminist (The Cut)

Are you racist? You may be without even knowing it (The Conversation)

Not brave enough to be boring: celebrating Katherine Mansfield and the short story (Independent Blogs)

A girl’s guide to the Chilean revolution (Ms Magazine)

Mae Azango, Liberia country manager – a bio of one of Liberia’s leading journalists, who spoke out against female genital cutting (New Narratives)

Seeing only the red you want to see: Suzanne Moore’s blind trans-misogyny (leftytgirl). This is a great post, but it’s a shame about the disablist language in the title (using “blind” to mean something bad).

Will your son be a rapist? (PhD in Parenting)

Why do you write strong female characters? (Shannon Hale)

Intersectionality, solidarity and sense (Den of the Hyena)

The abortion of unwanted girls taking place in the UK (Telegraph)

We don’t want our burqas back: women in Afghanistan on the Taliban’s return (Observer, World)

An open letter to Suzanne Moore, by Paris Lees (Diva)

Finally, a short documentary on the experiences of LGBT asylum seekers and refugees, produced by Irish charity BeLonG To (contains discussion of rape, homophobic violence and transphobia):

Photo of liquorice all-sorts by EssjayNZ, shared under a Creative Commons licence.