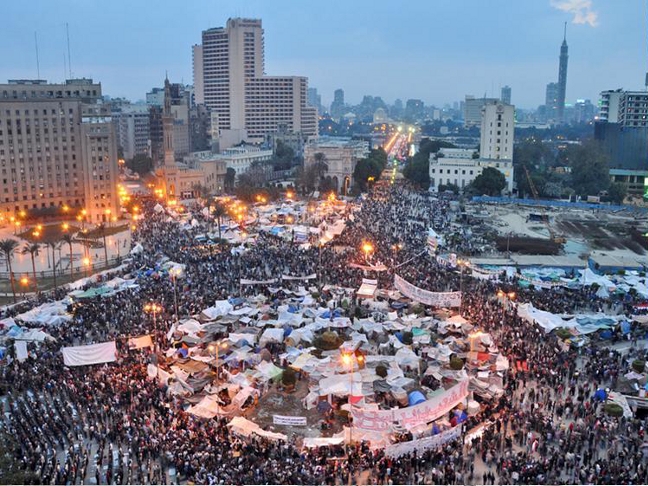 Women of the Revolution: A vox pop project

“If I walk naked down the street, I still wouldn’t want to be harassed. It’s my business, it’s no one else’s business.”

“Even if women are present in dialogues, they are expected to talk only about women’s rights.”

These are just a couple of key quotes featured on the Thomson Reuters Foundation’s Trust Law website after their launch of ‘Women of the Revolution’, a project focused on women as key players in the uprising that launched the Arab spring. Trust.org elaborates with the following:

Two years after protests swept across North Africa and the Middle East, what has become of the women who played an essential role during the Arab Spring uprisings? Who are the Women of the Revolution and what have the changes in their country done for them?

Thomson Reuters Foundation is launching an exclusive video project ‘Women of the Revolution‘, giving a voice to 25 women in post-Arab Spring countries. These very different women from Egypt, Tunisia and Yemen have shared their views on the revolution, their aspirations, their concerns and hopes for the future of women’s rights.

All content is free to use*, you can watch a selection of our best videos here. And download freely all the 25 vox pop here on Vimeo.

“After the excitement of the Arab Spring and the uprisings ended we went back to the political, legal and social realities that women have been struggling against for decades in Egypt,” said Heba Morayef, Egypt director of the Middle East and North Africa division at Human Rights Watch. “(…) It is important to remember that there are many other women who are also fighting for social justice and for them this is fighting to be able to survive.”

The Thomson Reuters Foundation is looking to continue the discussion with women in post-Arab spring countries:

“We’d like you to share your thoughts by answering our three questions: Do you feel your rights as a woman are at risk? Has the role of women changed since the revolution? Has the revolution lived up to your expectations? You can also send us your own videos (e.g. Youtube or Vimeo) in an email at [email protected] (Please include ‘Women of the Revolution’ as subject line. Also, remember to add your name, place of birth and residence, and your occupation).

*All ‘Women of the Revolution’ news, graphics and videos can be used and downloaded for free if credited to Thomson Reuters Foundation and linked back to the www.trust.org site.

Image information: Aerial view of over one Million people in Tahrir Square (Egypt) in February 2011 originally by Jonathan Rashad and adapted to become part of a MENA protests collage on Wikimedia commons. Licensed under the Creative Commons Attribution-Share Alike 3.0 Unported license.