The ‘back home lot’ – looking for BME women writing online

Once when I refused to give up my place for a white girl in a McDonald’s, she told me, “You’re not even supposed to be in this country!” That’s the only bit of overt to-my-face racism I have ever received. In that sense, things seem to have improved a lot from thirty years ago when, as some of my family members recall, you could be openly called names for being a darker skin colour. But how much they have improved, I’m not quite sure.

A couple of years ago, I wrote an article for the Guardian’s Comment is Free on SlutWalks that were taking place at the time all around the world. 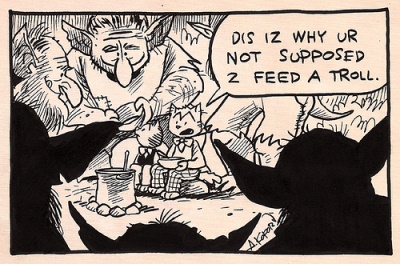 My simple argument was that SlutWalks are relevant globally because they challenge the slut-shaming discourse. Be it in India, where in a small town, wearing ‘Western clothes’ could be sufficient for cat-calls, or in the UK, where you are ‘asking for it’ if you walk out of a club drunk at three in the morning.

The article received 526 comments. The general tone of comments on Cif is not very pleasant anyway, but I thought I could see something more interesting. Of course, there was the usual ‘mild’ sexism –

“most men won’t give a damn if you dress like a slut, they’ll probably enjoy it”

And when I posted, “Going out for SlutWalk now, will reply on my return!”, a person, who had been commenting (negatively) on the choice of clothing of those who participated in SlutWalk, actually had the audacity to ask,

“What fun! What will you be wearing?”

There has been growing concern around online misogyny with its increasing proliferation (think Mary Beard, Louise Mensch) and a number of columnists have written about it (Helen Lewis, Laurie Penny, the Guardian panel). However, this discussion is missing an important element – that of the experience of black and minority ethnic women writing online. Double whammy might sound clichéd but being on the receiving end of prejudice and abuse for being a woman and ‘non-white’, so to say, is exactly that. I experienced it when I wrote for Cif and I know others have too (there was an interesting panel on online Islamophobia in the Guardian).

“But in the UK men who grope women in the street are likely to be attacked by other men or arrested and charged with sexual assault. I think we’ve got it covered here.”

And added to that was blatant racism – the idea that my views are not important or worthy enough (or not as important and worthy as that of white writers). My article was relevant for and to only people or ‘close relatives’ from my ‘native town’ –

“this article hasn’t really contributed much to the CIF’s discourse on the matter, unless you’re an indian CIFer from Asiya’s native home town.”

“I agree slut is not used here, but what the author s referring to, I think, is her close relatives, who have the mentality of the back home lot. Perhaps she can elaborate on that further.” 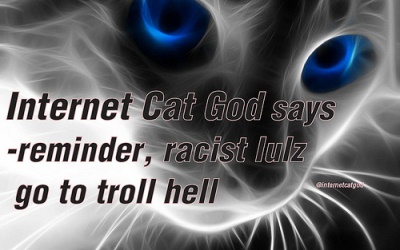 More interestingly, there were several references to niqab/burqa. It needs to be said that I made no mention of my religion (or atheism, as is the case). I trust my name (especially surname – Islam) contributed to the assumption that I’m Muslim or from an Islamic background, hence the random mention of the veil (including the suggestion that I should wear one) –

“The Men wearing Niquabs while driving about march is next week.Why as a man should you lose your no-claims if you run someone over?”

“if you want to brush those ‘bastard’ men all with the same brush, why not just wear a burqa?”

And these are samples from the comments that were published, there were plenty that were removed by moderators. I suppose, starting out as a new writer, the experience of writing online was initially exhilarating and subsequently, intimidating. I started thinking about these issues, especially the lack of discussion about the experiences of black and minority ehtnic women writing online, after I attended a London Feminist Network feminar (feminist seminar) on ‘Online misogyny’ by Helen Lewis, deputy editor of the New Statesman. The discussion led to the suggestion that I could write something about it. Which is why I am now looking for BME women who have written online to learn what their experiences have been like.

If you are a BME woman writing online, I’d like to hear from you – please get in touch with me via Twitter @asiyaislam or email [email protected].

The first picture is of two cats sitting in the middle of a room with food, surrounded by trolls. The text on the image reads “Dis iz why ur not supposed 2 feed a troll.” It was uploaded by Flickr user Ape Lad. The second picture is of a cat with blue eyes. The text on the image reads “Internet Cat God says – reminder, racist lulz go to troll hell”. It was uploaded by Flickr user mickerofon. Both the images are shared under Creative Commons licence.

Asiya Islam is features editor for The F-Word. She is a freelance journalist and feminist blogger. She blogs at www.whyamiafeminist.blogspot.com.