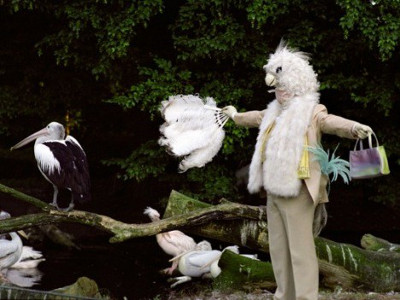 New reviews: Charming for the Revolution

At Tate’s congress exploring gender and sexual politics, Ania Ostrowska leaves the conference invigorated but with questions unanswered, while Jess McCabe is enthralled by the screening of Wildness

According to Tate’s website, Charming for the Revolution was “an experimental congress of artists, activists and thinkers who seek to unpick underpinning, pressing questions of contemporary sexual and gender politics”. Over two days, films were screened, live music was performed and a conference was held, all of them focused on representations and politics of gender. The F-Word made it to two events; Ania attended the conference while Jess saw Wildness, a documentary about a bar popular with Latina trans women in the USA.

The conference, entitled Gender Talents: A Special Address, involves the discussion of manifestos from 11 artists, activists and academics, all concerned with or inspired by gender, gender presentations or gender fluidity. Ania explains the set up:

Later that day, Jess attended the screening of a film directed by Wu Tsang, about the Silver Platter, a bar that has become a gathering place for trans women in Los Angeles. The documentary is engaging, thoughtful and impressive, as Jess relates in her review:

Wu effortlessly tells a compelling story without simplifying the lives of the people he documents or imposing a single narrative strand. A great deal of thought seems to have gone into the politics of making this film, in particular of not pretending a false objectivity about a scene that the filmmakers themselves are a part of, at times intimately, as Wu gets involved in a dispute over who will inherit the Platter

Photo is by Pauline Boudry and Renate Lorenz

Charming for the Revolution 2009