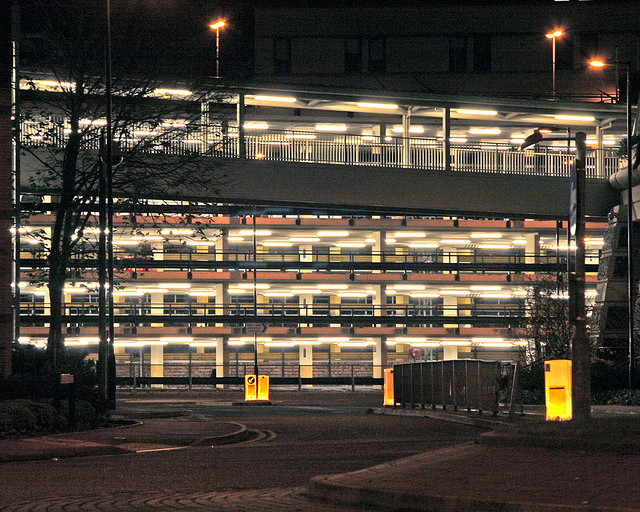 When it comes to safety, the privatised rail industry is still putting profit first – and women nowhere. In this guest post, Jane Fae finds that a small story speaks volumes about commercial attitudes.

I do not like the journey home from London to Peterborough.

Recently, not for the first time, I spent much of it pinned to a corner of an emptying carriage, pointedly ignoring the attentions of a drunk man, who combined pouring out his life story with ogling my cleavage. Thankfully, he got off one stop before I did.

Which is why the parking/station relationship matters greatly.

In Peterborough, there are two car parks available to rail users although, according to Network Rail, one is “not a station car park”. Oh no: the station car park – the one operated by East Coast – charges £6 for the evening, but adds on a further £7 premium if, Cinderella-like, you return on the stroke of 1am.

That’s quite a premium: quite an obstacle to anyone socialising – or pursuing a career – in any way that places them in central London much after 10 pm. Although, station car parks are not there for the benefit of all passengers, as East Coast justify the cut-off, pointing out – accurately – that it shouldn’t cause problems for anyone alighting at Peterborough station from the last, er, East Coast trains.

The problem is that other trains, run by other operators, do stop later. Precisely the trains, in fact, that a London careerwoman would be most likely to take, and it’s a close run thing: on time and they pay just the £6; a few minutes late (as trains never are) and there’s that nasty premium again.

How about parking further from the station? Tried that once: never again! That was the time a guy followed me off the train: caught up with me on a deserted dual carriageway and wanted “a hug”. Yeah. At past 1am?

But there is that other car park – run by Britannia Car Parking. It’s as close to the station. It’s cheaper, has a ramp for disabled users and a handy gate twixt station and parking. Or at least it had, until two years back, when East Coast turned up and blocked it off.

Why? The story above cites direct advice from Network Rail and issues with the lease.

More recently, I have spoken with a representative from Network Rail via e-mail and it turns out they’ve amended this somewhat, referring to “concerns about an increase in crime and anti-social behaviour in the station car park and the surrounding area”.

What concerns, I ask. They won’t say. Can they quantify? Cite evidence?

Instead, rather sniffily, they refer me back to East Coast, who have already told me the gates were blocked “because the owners … do not have a right of access”.

Besides, Network Rail add: “This decision was taken and the changes implemented two years ago.” So that’s alright, then; in Peterborough, nothing ever changes.

Meanwhile, British Transport Police, who you might expect to know a thing or two about anti-social behaviour, chip in. They “did not see any rise in crime or patterns forming”.

Now I am confused. Perhaps the real answer lies in the very first response from East Coast, whose spokesperson, perhaps inadvertently, explains that he doesn’t see any safety issue for women here at all.

Of course not. It’s all about choice. Nothing whatsoever to do with shutting out the competition.

Women may choose to pursue a career or not, may choose to park near or far and travel operators may choose to play pass the parcel over safety issues, responding in carefully crafted soundbites that never quite answer the fundamental question.

Why should a woman pay extra just to get home safely from work?

Image description: The approach of a large empty car park at night. By fotoGB (garthimage), shared under a creative commons license.