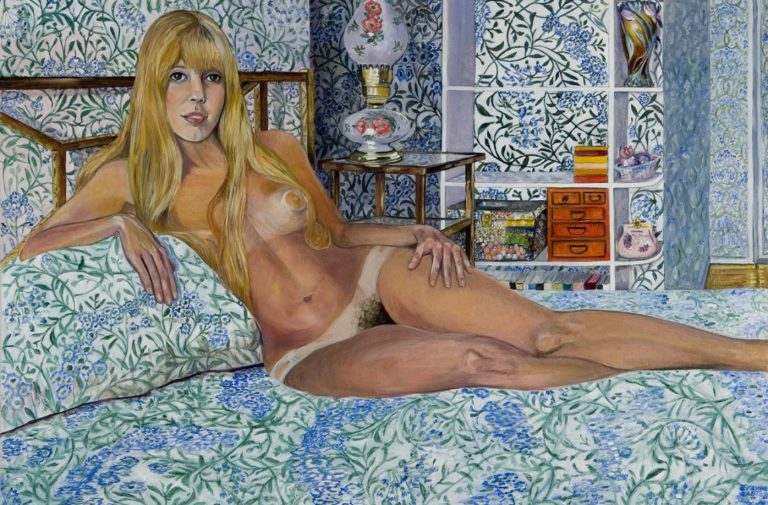 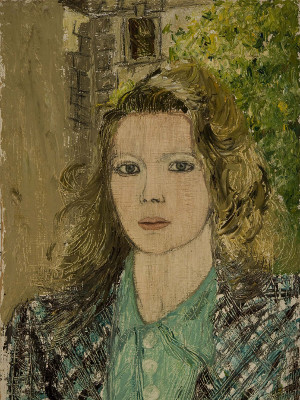 The works that made Sylvia Sleigh famous are now on show at the Tate Liverpool in her first UK retrospective. The sensual portraits, specifically her languid male nudes, are sexual and richly detailed and resonate with Sleigh’s knowledge of art history.

Sleigh, born in Llandudno in 1916, studied at Brighton Art School, where female students were treated “in a second rate fashion”. Parental disdain for art as a career for women, along with a husband who persistently undermined her career, led Sleigh to abandon painting to train as a nurse and later start her own dressmaking business. It was only with her estrangement from her first husband and her subsequent supportive relationship with lover and muse Lawrence Alloway that Sleigh returned to painting.

Sleigh’s work remained marginalised throughout the 1960s, when both realistic portraiture and female artists were unfashionable. However, during the 1970s, Sleigh began to gain success, exhibiting in both commercial galleries and woman-led co-operative spaces. From then on, Sleigh’s career gathered momentum. In 1985 she received the Pollock-Krasner Foundation Grant and after her death in 2010 she was recognised with a Lifetime Achievement Award from the Women’s Caucus for Art.

The works show people with tan lines, pubic hair and flaws, celebrating the physicality of humans and emphasising the inherent beauty in each person 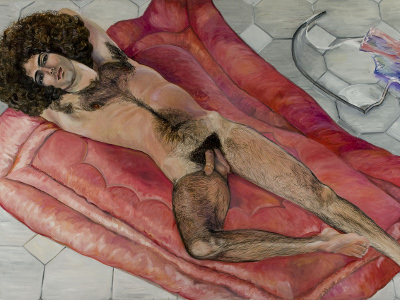 Of all of Sleigh’s richly detailed portraiture, her most recognisable works are her male nudes, which feature detailed renderings of testicles and penises. Her works are a deliberate attempt to subvert the fine art tradition of the passive female nude and to explore voyeurism and spectatorship, which are so often specifically male pleasures. At her art school, female life models were naked but male models were always covered, which appalled Sleigh: “I realised what my mission was, and that was to help women and stress the importance of equality.” This search for pictorial equality led Sleigh to depict lithe male sitters against soft and florid backgrounds, subverting traditional ideas of masculinity.

Sleigh’s paintings are determined to show each sitter, male or female, as unique individuals with dignity and character, painted with intimacy and sensual appreciation. The works show people with tan lines, pubic hair and flaws, celebrating the physicality of humans and emphasising the inherent beauty of each person. The male nudes are glorious; in ‘Paul Rosano Reclining’ (1974), her favourite model lies on a glossy bedspread on a grey tiled floor, gazing out of the picture, unquestionably comfortable and satisfied to be appreciated. Sleigh paints with sexual desire but her appreciation leaves the sitters sanctified rather than objectified.

The question of quality in Sleigh’s work has sometimes been raised but perhaps her deviation from photorealism is a prompt to remember that we are viewing orchestrated images, designed to insinuate specific ideas about those depicted. Although the works are realistic, they are permeated with dreamlike aspects, such as stiff figuration or dreamy shadows from overhead trees. With these subtle touches Sleigh expresses ideas about her sitters and critiques or echoes tropes from art history. Using techniques such as mirrors, duplication and including herself in the pictures, Sleigh constantly investigates viewing and being viewed. 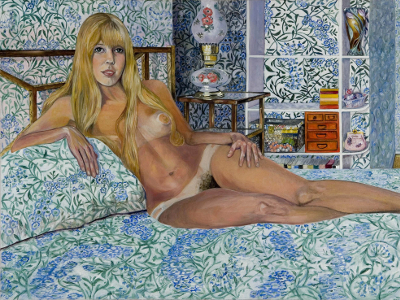 There is also a knowing humour in Sleigh’s work. Each painting asks us to investigate our perceptions, using our responses to her work as our guides. ‘The Avocado (Lawrence and Sylvia with Arthur the Avocado)’ (1966) shows Sleigh and husband Alloway stifled by formal clothes and posture, demonstrating a self-consciously middle-class background; nevertheless, Sleigh herself looks out of the painting with an expression that asks us to join her in the joke of painting a plant with as much empathy and love as she’s depicted her husband. The defiant glance shows us that she’s aware of our viewing and she has orchestrated what we’ll see very carefully.

Sleigh’s paintings are sumptuous, full of fleshy realness, and should be visited, especially as the show is free. However, the curation somewhat devalues the exhibition. The retrospective has been cramped into one room with works hung too closely together. Narrative threads and conversations that could have been developed between pieces are too tightly expressed. The larger works don’t have the space to express their gravitas: the double portraits ‘Philip Golub Nude’ (1972) and ‘Philip Golub Clothed’ (1971), for instance, don’t have room to breathe, which cheats the works out of the impact they should have. The feeling of scarcity of space is reiterated where very early works are shown: although they are of interest, they detract from the major works and should have been displayed in a separate room alongside the works on paper. A work by Frances Stark in response to the exhibition seemed almost irrelevantly placed and was accompanied with little explanation.

It’s a shame Sleigh’s first retrospective in the UK not only lacked space but also was launched at the same time as a more dominant exhibition. This seems a back-handed compliment to an artist so defined by a feminist label.

Works by Sylvia Sleigh will be on display at Tate Liverpool until 3 May; entrance is free.

Flis Mitchell is a Liverpool-based artist and project maker who is working on her own zine, ‘Queen of the Track’, which she plans to launch in the next 3 months