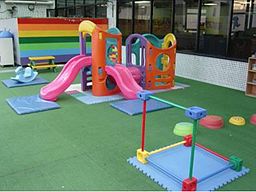 The government’s proposed reforms for childcare

It is the last measure that has attracted the most attention. The UK, according to a 2011 report, has the second highest childcare costs in the OECD, yet as a society we are still ambivalent about nursery care in particular (see, for example, Amelia Gentleman’s summary of ‘The Great Nursery Debate’ in the Guardian. Dominique Jackson, in her Mail Online blog, used a posting ostensibly about the problem of large corporations in the childcare sector to wax nostalgic about the days of informal childcare: she as a child “wandered happily from Gran to Nan, via the odd auntie and back again.”

It is not surprising, therefore, that reactions to the Coalition’s plans focused overwhelmingly on the idea of allowing childminders and nursery staff to look after more children. Not only is it uncertain that this will lead to lower costs (there is nothing to stop nurseries from raising costs if they employ more highly qualified staff even if those workers looks after more children), but the idea that more highly trained staff will focus on “thinking about how and when [children] would best benefit from larger, group-based activity” seems to ring hollow when we are talking about infants (Department of Education, 2013: 29). In other words, many are worried about higher ratios and higher costs.

Yet one question that has been little discussed in this debate is why childcare is so expensive when the OECD family database also shows that the UK has the fifth highest level of public expenditure on childcare of the countries it surveyed. Several dimensions of the UK system seem to contribute. The system is largely privatised; for-profit firms provided about two thirds of all childcare in the UK in 2007. The nursery places that the government provides for all three and four year olds are only part-time, meaning many families end up paying for full-time private care anyway. Other forms of support include a component of the Working Families Tax Credit – which has just been reduced, increasing costs for low-income families – and childcare vouchers, from which the greatest tax advantages flow to high rate taxpayers.

No wonder many are sceptical of the impacts the proposed changes will have on childcare costs. Better trained, better paid, more highly valued childcare workers may indeed raise standards but they will not necessarily bring down costs in a highly fragmented, largely privatised system in which childcare supply and demand are not well matched.