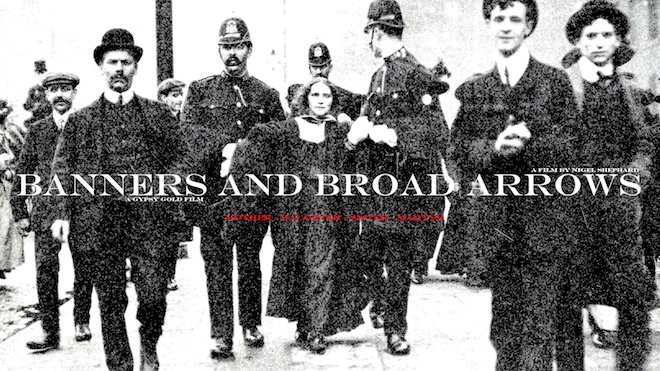 In July last year Nigel Shephard from Gypsy Gold Films blogged for The F-Word about a fundraising event for his film Banners and Broad Arrows.

Tonight, at Kings Head Theatre in Islington, Nigel will be presenting the work so far completed on his film. It tells the story of the suffragette movement from its inception in 1903 to its demise at the outbreak of war in 1914. This feature film is comprised of original still photographs taken by the Suffragettes themselves, including material never published before.

The evening has been organized as the first fund raising event to take the film into full production. Tickets are still available from the Kings Head Theatre website.

All profits from ticket sales will go toward the London Feminist Conference on 26 October 2013, back after a break of a couple of years, with a new face and some very interesting panels and workshops.