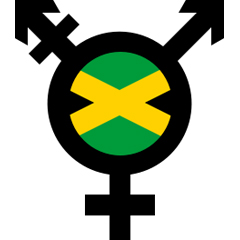 Two transgender Jamaicans, Whitney and Tiana Miller, have joined J-FLAG’s We Are Jamaicans campaign, which seeks to encourage respect and understanding for lesbian, gay, bisexual and transgender (LGBT) people.

We Are Jamaicans is a participatory video campaign (//www.youtube.com/user/equalityJA), which was launched on January 17, 2013 by J-FLAG to raise awareness about LGBT identity and community.

The voices of transgender women in the We Are Jamaicans campaign is in an effort to bring visibility to their lives and to not limit our definition of ‘woman’ to genitalia. In her video, Whitney stated that Jamaicans “are not accepting of people whose gender identities don’t align with their biological sex,” (http://youtu.be/O9iNYKqttc4). Tiana Miller, whose video can be seen at http://youtu.be/GCHppSFrDYE said she does not have life easy in Jamaica. “I feel alienated, always being bashed by society, but that doesn’t change who I am,” she said.

J-FLAG is encouraging Jamaicans to recognise that we must embark on implementing a more multifaceted programme to address violence against our women and girls. It is important that we recognize and appreciate the need to create support systems for victims and their families, encourage honest conversations about gender, sex and sexuality, and teach mutual respect for each other.

The campaign is funded by the Caribbean Vulnerable Communities Coalition (CVC) through its Global Fund Vulnerablised Project.

Image made by Helen from images found at Wikipedia (here and here). Both original images are public domain and so is this one. If reusing elsewhere, please ensure correct attribution.