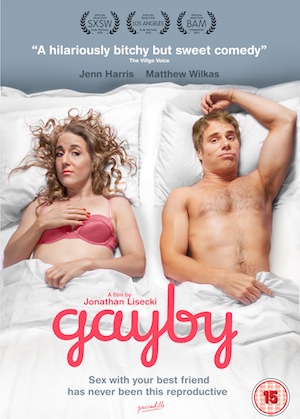 The ideas about what makes a family and how children enter it have been challenged for years now, and from different positions. Same-sex unions have been made legal in many countries, changing the “mummy and daddy” model forever; developments in both infertility treatment and in vitro fertilization make it now possible to have children not only after a heterosexual intercourse.

These issues have made their way to the movies, where their treatment varies from serious to light(er)-hearted. In 2010 Lisa Cholodenko‘s The Kids Are All Right won a critical acclaim but divided audiences on the issue of the right of a sperm donor to artificially conceived children: yet another manifestation of nature/nurture debate, here with the added queer flavour.

In 2011 Jennifer Westfeldt made Friends with Kids, with almost all-Bridesmaids cast, a comedy about two straight friends (male and female) deciding to have a baby together while remaining in a strictly platonic relationship and dating other people.

Last year Jonathan Lisecki‘s Gayby joined this company, taking the cliché that straight women are gay men’s best friends one step further. Our Theatre and Arts editor Megan watched the film (with her gay male friend) and shares her impressions with us. Megan claims she resisted all along asking the friend to be the father of her child…

Gayby is released on DVD on 11 March by Peccadillo Pictures.

The image is film poster, courtesy of Peccadillo Pictures.