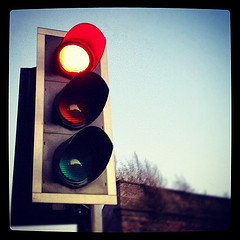 By Zarina Khan – an Advocacy Officer for an international conflict prevention NGO and a gender equality activist.

These words or any formulation of them, quite frankly, make me want to bang my head against a wall. Whether they come from our own politicians here in the UK or, as in this instance, from Zinat Karzai – wife of Afghanistan’s president Hamid Karzai – I cannot think of a more frustratingly dismissive response to persistent and passionate calls for meaningful action, in the hope of achieving real gender equality.

You may think me naïve, but I mentally and vocally respond with “well, why?” (Actually, it’s more like “TELL ME WHY?!”). I find myself unable to understand why we are still waiting for a nebulous point in the near, distant or imaginary future when we as a society will achieve our Nirvana-like state where equal rights is a reality; where men share domestic responsibilities, where women are leading half of the world’s boardrooms, where both women and men around the world have equal opportunities to be educated, successful, healthy, happy and safe from violence.

My question is: when is enough, enough? And then I have several more questions: why are we not all angry about this? Why do so many women and men seem not care? Why, in the face of such stark inequality, are we not all on the streets all over the world every week, demanding changes in policies, in attitudes and societal norms, in education – in every aspect of all of our lives?

I have the privilege of knowing and working with individuals who have long campaigned for women’s rights and I in no way discredit, undermine or undervalue their contributions and struggles. The situation would surely be worse if not for their hard work. But as I become more ingrained within the movement, I cannot help but notice that each year, with each ostensibly water-shed and significant moment, women have been told that change is coming; equality is imminent. Such words are hollow when policies, laws and practice suggest we must do as we have always done: endure, persevere and be patient. How much longer will we continue to believe that “the time is now”?

If you are nerdy and bored enough to plough through Hansard records, you may notice a trend. Back when our current government came into power, on the subject of women’s rights in Afghanistan, Foreign Office ministers were having ‘conversations’ with their Afghan counterparts regarding the implementation of existing policies that protect women’s rights. The Afghan constitution, which enshrines values of gender equality, was ratified in 2004. The Elimination of Violence Against Women law was ratified in 2009. Afghanistan signed the Convention to End all forms of Discrimination Against Women in 1980 and ratified it in 2003. While our government is happy to endorse the administration of President Karzai and oversee the rapid expansion of the Afghan National Security Forces, when it comes to the utter lack of legal protection for half the country’s population, they continue to have ‘conversations’ about putting policy into practice. We have no idea how these conversations are going; we can only assume – badly.

I am, as perhaps are most people, a mix of impatience and patience, of pessimism and optimism. But nothing brings out all these extremes in me quite like the women’s movement (or the campaign for gender equality). For instance, Zinat Karzai’s assertion that Afghans must “work in line with [their] culture and traditions” to achieve gender equality is another head-banger. It fills me with despair that culture, tradition, religion, biology, superstition, politics, economics – that anything – can be used to justify the treatment of women as second-class citizens and to perpetuate our fundamentally sexist culture where men are inherently entitled to privilege and power and we, as women, must wait our turn. I am clearly not alone in these feelings, and there are so many people within this movement for gender equality who are dedicating their lives to achieving this common goal. I think it’s their determination, their tenacity and their belief that keeps the fire of optimism burning.

To add your fuel to the fire, you can take action to end violence against women in Afghanistan by calling upon the UK government to put their words into deeds.

Photo of a red traffic light by Gavin Wray, shared under a Creative Commons licence.