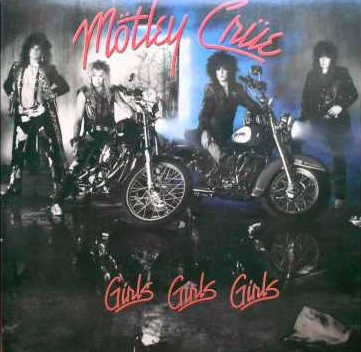 How much has rock really moved on?

I recently had the displeasure of hearing yet another track from Biffy Clyro, ‘Black Chandelier’. The song is ostensibly a love song, although it masks something dark at its core.

What irks me about Biffy Clyro, beyond the steady decline in quality and the millions of pounds they have, is their creepy lyrics. This song is about a girl. It sounds like they are going to break up. He uses some passive-aggressive word play. “I’ll sit in silence for the rest of my life if you’d like,” he croons, encouragingly.

When I think about it, a lot of their songs have a weird, spiteful malice to them, despite being pitched as emotive, meaningful rock ballads. Take ‘Scary Mary’ from their debut LP, in which he tells an ex that:

But you kept your promise

You make patterns in my face, you painted pictures with my tears

And you did it again, I knew that you would

Then I think more.

Just like the Arctic Monkeys wrote frustrated songs about girls in nightclubs, copyists like the View followed suit, naming their album Which Bitch?

Asked about the name of the album by The Sun, they replied: “We’re always being asked by girls we know and girlfriends if our songs are about them. Kyle can never remember, so the title means “Which bitch am I singing about in this song?”

It’s no secret that rock music has espoused some severely dubious views and, while more women than ever are visible within pop, rock is still very much a boy’s club, exchanging testosterone-fuelled banter about fit birds, or writing angsty brooders about bitches that wronged them.

The whole genre of MTVmo was geared around vengeful songs about ex-girlfriends. We don’t have to endure Mötley Crüe’s ‘Girls Girls Girls’ these days, but have we progressed so far?

Preening bandwagon-hoppers and “deathcore” ensemble Bring Me The Horizon’s lead singer was alleged to have urinating on a female fan on the band’s tour bus a few years ago. All charges were dropped, and he denied the incident. But in his band’s later song, ‘No Need For Introductions, I’ve Read About Girls Like You On The Back Of Toilet Doors’, he sung the lyric “after everything you put me through, I should have fucking pissed on you”.

I play rock music, and I often encourage my female friends to do so too. It’s fun and easy. With music culture like this to contend with, many of them feel unable to. Ask almost any woman who has played in rock groups and they will tell you tales of guys offering to carry their gear (but not their male band mates’ gear), being asked if they are someone’s girlfriend (or a groupie), sexual heckles, being the only woman on stage, all night, all week, all the time.

Why? Surprise surprise, women are not encouraged by being called sluts, by being the subject of hateful songs, painted as whore and deceivers, fetishised and othered. This carries through to the place of women in rock music circles, which even on an underground, grassroots level is a sausage-fest time and again. The examples I have used here are fairly mainstream or well-known artists and incidents, of course there are many more, wherever you look.

So where are all the feminists rocking out? In my next piece, I’ll goddamn tell you.