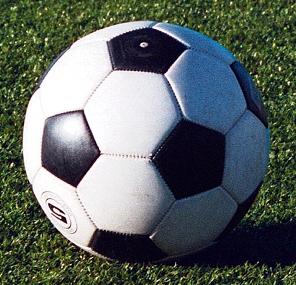 Why Margaret isn’t “a football person”

The Sun’s Steve Brenner, formerly the newspaper’s north-east football correspondent, commented in a tweet that has since been deleted:

“Remember. Ellis Short [the club owner] is an American who knows nothing about football. The chief executive is called Margaret.”

Fortunately, having been challenged, he clarified his remarks:

“I’m told she’s a great administrator. But my point was there are no football people making football decisions.”

Margaret Byrne, as you can imagine with the CEO of a Premier League football club, is rather more than an “administrator”. She is a lawyer and the club’s former company secretary and legal director, and has been elected by the representatives of other clubs as part of the FA Council.

However, Brenner’s use of the phrase “football people” is fascinating. What constitutes a “football person”? Byrne has been working for Sunderland for six years, and from her interviews seems to have been a big fan of the game before that.

Apparently that’s not enough to be a “football person”, though. It can’t be her law qualifications that are the problem – most club chief execs tend to be lawyers or accountants or marketeers by specialism, who have then moved into the sport with their transferable skills. Does Brenner define himself as a football person? Presumably he does, if he deems himself qualified to pass judgement on clubs’ decisions in this way.

With the shorthand he’s using, then – “The chief executive is called Margaret” – one can simply assume that Brenner categorises Byrne as “not a football person” because she’s a woman.

Brenner may have a point that bad decisions are sometimes made in football because they’re taken by people without a strong background in the game. Yet that’s not what he said. He didn’t object to her career background; he objected to her name and thus her femaleness. A similar tweet referring to a male chief executive would be impossible to imagine – “The chief executive is called Paul”, say, has none of these negative connotations and would indeed be a non sequitur.

The hypothetical “Paul”, though, I would argue, with the same professional expertise as Byrne, would quite easily be accepted as a “football person”, because men are assumed and accepted to have football knowledge in a way that women simply aren’t.

This Twitter exchange is yet another example of the institutional sexism that operates in men’s football in the UK. It’s ingrained and insidious; and it remains a place where you can question someone’s knowledge of the game simply by reminding everyone that she cannot be expected to make appropriate decisions because she’s a woman.