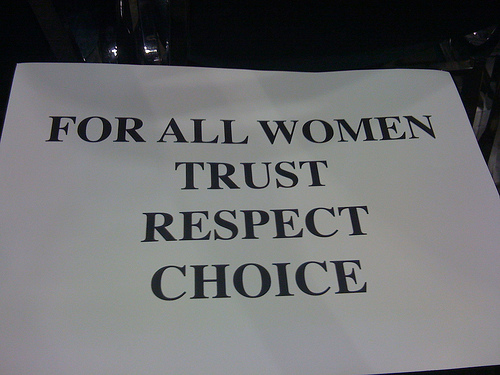 Today marks the end of the 57th session of the United Nations Commission on the Status of Women. Last year we posted about the alarming failure of the 56th session to adopt agreed conclusions – an outcome that appears to have been influenced by arguments about the alleged incompatibility between women’s rights and “traditional values”.

Unfortunately, this has continued to be a problematic issue for the CSW in 2013. A group of organisations represented by the Arab Caucus has released a statement expressing particular concern about:

the role of the leadership of our countries in the negotiations on the crucial issue of violence against women and girls. At this session, our governments are increasingly using arguments based on religion, culture, tradition, or nationality to justify violence, discrimination and allow the violations against human rights and continue with impunity. This violence is particularly targeted against women, girls, ethnic and religious minorities, people who dissent from or challenge normative gender identities and sexualities.

The current positions taken by some Arab governments at this meeting is clearly not representative of civil society views, aspirations or best practices regarding the elimination and prevention of violence against women and girls within our countries.

The Muslim Brotherhood in Egypt, for instance, have made a disturbing attack on CEDAW (the Convention on the Elimination of All Forms of Discrimination Against Women), claiming that it “violates all principles of the Islamic Sharia and the Islamic community” – a denial of the pluralism of views within Islam, including the strong stances for gender equality taken by many Muslims all over the world. The list of particular aspects of gender equality that the Muslim Brotherhood finds objectionable makes for surreal mirrorworld reading. Quotidian statements of fairness and autonomy – “fully share the roles within the family between men and women such as: spending, child care, home affairs” and “cancel the obligatory authorization of the husband in: travel, work or going out or use contraception” – are evidently meant to rouse horror.

Individuals and organisations wishing to defend CEDAW and the status of women’s rights in the CSW process can add their names to statements being coordinated by: