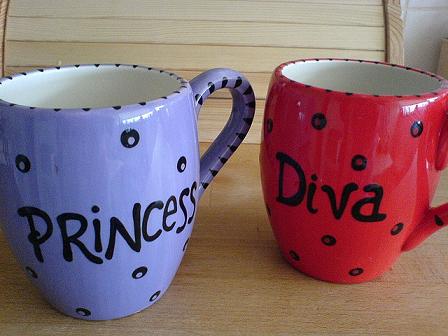 Ros Jennings and Abigail Gardner’s ‘Rock On’: Women, Ageing and Popular Music is part of the Popular and Folk Music series by Ashgate Publishing and, underpinned by a feminist perspective, focuses on a selection of North American, British and Cuban women performers and the issue of ageing. The introduction sets the context for the book as well as the academic tone which it takes, and the book (which is split into two parts) seeks to contribute to developing debate around ageing broadly, as well as to literature on ageing within music specifically. The inclusion of the phrase “Rock On” in the title risks being misleading as the collection, bar perhaps the essays on Kristen Pfaff and Courtney Love (both of Hole fame), is really looking at popular culture and the performers within this genre.

Part one, ‘Renewal, Recycling and Renegotiation’, considers how notions of nostalgia, re-invention and recycling are utilised in relation to the performance strategies of selection of female performers. The first essay in this section, by Lucy O’Brien, looks at Madonna. O’Brien considers how Madonna’s performance strategies have been impacted by ageing and the relation of this to her star persona. As an academic text, the book as a whole can be a bit heavy, particularly if the reader is unfamiliar with such a style, but I found O’Brien’s chapter one of the more accessible out of the collection.

The following essay by one of the book’s editors (Jennings) compares the performance strategies of Shirley Bassey and Petula Clark, looking at how these strategies might help them both repress and express their ageing. It also considers this from the perspective of their audiences. This is one of the few essays in the collection which considers audiences; I would have found it interesting to have further consideration of that angle, especially as this is alluded to in the back cover blurb.

Jennings’ essay is followed by Poey’s consideration of the longevity of Celia Cruz as a performer and lastly, fellow editor of the book, Gardner’s examination of Grace Jones in the context of the “Ageless Black Body”. The work on Celia Cruz considers the way that she has maintained longevity, and in some instance even led the way in Latin music through negotiating the counterpart between tradition and change without ever compromising. Here consideration is also given to Cruz’s retention of fans as she aged. Gardner, meanwhile, intertwines ethnicity with gender and ageing and her essay discusses the media’s inability to cope with a black, ageing female performer. The essay itself is a response to the way the media reduces Jones to body parts in order to cope with a black, ageing female. More so, it presents another perspective to considering Grace Jones as a black, ageing female performer.

Strong’s work argues that Love appears to be attempting to engage in how she is portrayed, rather than just being subjected to the representations the media or general public create

Part two, ‘It’s Not Over…’, attempts to “interrogate the nexus of rebellion and age in a predominantly youth-driven popular music market”. The section begins with Coates’ work on ‘Mom Rock’ and the way this has been represented in the media. Mom Rock is taken here as referring to bands made up largely of middle-aged affluent suburban mothers.

The next two chapters also continue this focus on media representations with Hearsum’s essay on media coverage of Kristen Pfaff’s death, and Strong’s consideration of Courtney Love and expectations of femininity and ageing using media texts. Pfaff played bass in the band Hole, led by Courtney Love, but died at the age of 27 (in 1994) from a heroin overdose. Hearsum’s work did not flow within the book – perhaps because of the focus on how Kristen’s death was represented, which, while related to age, does not consider the actual process of ageing and the impact that has.

Courtney Love’s career has been well documented within feminist texts (for example Sheila Whiteley’s Women and Popular Music: Sexuality, Identity and Subjectivity and Heywood and Drake’s Third Wave Agenda: Being Feminist, Doing Feminism) but it is interesting to see her being considered now in a more contemporary light, reflecting her more recent move into Hollywood and attempt to re-invent herself rather than the previously dominating focus on her riot grrrl stance. The research focuses on Love’s desire to “grow up” – a move Love seems to have associated with consumerism and an indulgence in designer labels and fashion.

The title of the essay itself, ‘I’d stagedive, but I’m far too elderly’, offers one example of Love reflecting this more grown up stance. Strong’s work argues that Love appears to be attempting to engage in how she is portrayed, rather than just being subjected to the representations the media or general public create. One example is the way that she has used the internet, creating a fashion blog in order to re-represent herself in this new grown up manner. This was the most engaging of the essays in the collection, due to its accessibility and the different angle it took.

The collection closes with the second of two essays on Madonna, this time Watson and Railton’s exploration of controversy in Madonna’s music videos. The analysis focuses on Madonna’s four most recent music videos at the time of writing. Here, thought is given to the way Madonna appears to challenge popular conceptions of what is seen as attractive among older women and the authors look at the little impact the biological aspect of ageing has had on the performance strategies Madonna employs even today.

The refusal to abide by both age and gender appropriate norms, coupled with Madonna’s fairly unusual longevity as a female performer, is something explored further by the authors here. The choice of this as the last essay perhaps alludes to the positive note that female performers can, and have, sustained successful careers and, even more positive perhaps, that such success does not have to be the result of compromise and/or conformity.

were quite wordy and not easily accessible – there were parts I skimmed as a result. However, there are interesting points to take away from this collection and it does contribute useful discussion in a contemporary world in which age boundaries are becoming increasingly blurred but yet age continues to still have a part to play. It is also relevant since female performers are often marginalised in music literature and this is especially so of older female performers. Academic work which highlights their lives and experiences is vital.

Image is ‘Princess or diva?’ by reizenbee. It is being deployed thanks to a flickr creative commons licence

First video Grace Jones performing ‘Williams Blood’ at Night of the Proms, 2010, as broadcast on Dutch TV. The song begins with Grace covered head to foot in a silver sheet, and standing on a pedestal at the centre of several banks of musicians and audience. She casts off the sheet as the song starts, and she is wearing a white and copper coloured catsuit and an overlarge white headdress and wig with brown high platform heels. She is performing on a very large stage, which incorporates a long catwalk, backing singers, full band and full orchestra. Throughout the performance she moves around the stage, walks and at one point runs down the catwalk, shakes and occasionally brandishes a tambourine. Lyrics to ‘Williams Blood’ can be found here.

Second video Madonna, Give it 2 me (feat. Pharrall)You can read a detailed synopsis of the video here. Lyrics to ‘Give it 2 me’ can be found here.

Laura Way is a twenty something college lecturer who is completing PHD research on ageing punk women. She is also an out of practice bassist.