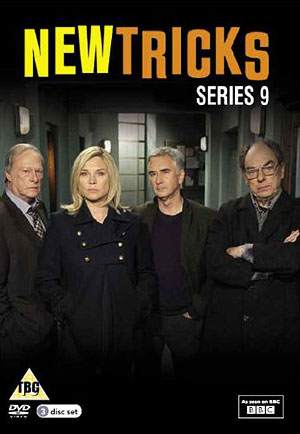 “I was told off for having too many female characters”

J. T. Rattray speaks to television scriptwriter Lisa Holdsworth about her career, writing for women and how she got started.

New Tricks writer Lisa Holdsworth‘s desire to be a writer took hold when she was young. “I always wanted to be a writer from being a kid. I was good at English, really good at making up lies.” In her teens this became a desire to become a scriptwriter. “I did a Theatre Studies A-level because I wanted to do the telling. So at the same time as studying that I wrote my first script.”

I wonder how she got started. Did it happen gradually or with a big break? “A bit of both.” she tells me. “I suppose every writer’s career is a series of lucky breaks. My first really big break was when I happened to work with Kay Mellor’s son-in-law. I had a script ready, she read it and I ended up being her personal assistant.” Lisa’s luck combined with her talent paid off: “While I was there she decided to do the second series of Fat Friends and I pitched an idea. You have to be ready for the big breaks, I had a script idea, ready to go.”

Lisa has written for ITV and BBC, both soaps and dramas. I ask her about the difference between soaps and hour long dramas: “It’s massively different. In Emmerdale you’re pretty much given the storylines, you are a scriptwriter in the purest sense of the word, the character already exist, the stories already exist you’re just deciding which order the storybeats come in and what everyone says. Although you can pitch storylines at a story conference.”

“In hour long dramas I’ve pretty much developed every story. On New Tricks I come in and say, for example, I want to develop a story about a woman who is eaten by her cats and the investigation goes from there. Waterloo Road was a little bit different in that they’d give you an idea of the story they want, plus there’s a little bit of soap in it, who’s pregnant, who’s kissing who. With Robin Hood, existing characters are there within the mythology, but I still pitched the stories.”

Throughout her career Lisa has worked for both BBC and ITV. I ask were there any major differences? “The biggest difference is ITV pay far more than the BBC.” she joked. On the serious side she explains. “The biggest difference is the structure imposed by ad-breaks. Across an episode you have to engineer a series of mini-cliffhangers to make sure that people come back after the sofa adverts. I’ve recently written an episode of Midsomer Murder and that has six ad breaks. So, that’s six hooks or ad tags that have to punctuate your script before the final denouement.”

I’m a great fan of New Tricks and I’ve noticed Lisa’s episodes centre around women more often than not. This is particularly true of the 2011 episode ‘Setting Out Your Stall’. The stories of several women are woven through this. One woman’s attempts to catch a rapist starts the investigation. The victim is a stall holder with a myriad of family problems and we see how this affects her sister and the daughter she gave up for adoption. There is also the nurse who goes way far over and above the call of duty. And we see more of Sandra Pullman’s relationship with her own mother.

So, I wonder, how does Lisa write for female characters? Is she conscious about how she writes for women? “If you had asked me five years ago I would’ve said no, but I do consciously think about it now. There is a problem with the lack of women on TV and frankly it’s boring. Obviously on New Tricks we have Amanda Redman playing the lead (Det Supt Sandra Pullman) and she’s great to write for.”

There Lisa and I finish our interview. It’s been great to get the background to an interesting career, what it takes to achieve it and the different processes in writing for BBC and ITV. Lisa’s path to her career suggests there is no ‘big break’ but a series of lucky breaks. You just have to be able to take these breaks when they come along.

[Image description: Cover of DVD boxset for series 9 of New Tricks. This shows (from left to right) the characters Gerry Standing (Dennis Waterman), Sandra Pullman (Amanda Redman), Steve McAndrew (Denis Lawson) and Brian Lane (Alun Armstrong). All are wearing serious expressions. Gerry, Sandra and Steve have their hands in their pockets, while Brian has his arms folded. Yellow and orange writing for the DVD title and 15 rating.]