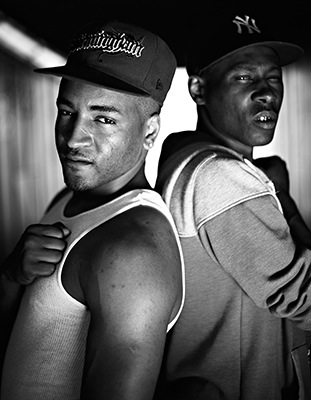 New review and Q&A: One Mile Away

Penny Woolcock’s One Mile Away is much more than a documentary: the filmmaker plays an active role in the events that are developing. Sophie Mayer explains the background of the project:

“One Mile Away has been called “the most important British film of the year” and is certainly one with the most compelling journey to the screen. It started in 2009, when Woolcock shot hip hop musical 1 Day, using non-professional actors from Birmingham. After it screened, Shabba, who she’d met as part of her research but who did not end up starring in the film, got in touch with her, asking to be put in contact with Dylan Duffus, a man who played lead role of Flash. Dylan and Shabba live around one mile away from each other, hence the title of this year’s film, but the need for a middlewoman was urgent: they belong to the Burger Bar Boys (B21) and the Johnson Crew (B6) respectively, Birmingham postcode gangs locked into battle. Prompted by a rash of shootings, Shabba decided to try to broker a truce in an unorthodox way.

Under the gaze of Woolcock’s camera – which she has previously used to bring other marginal communities, including homeless women, into focus – Shabba and Dylan work the streets to try and bring their contacts, one by one, into agreement. Despite guidance from Jonathan Powell, who oversaw the Northern Ireland peace process, it is only the 2011 riots that bring some success, as youth from both gangs fight the police together. The film ends with this new shared energy directed into making music together and building a social enterprise.”

The film’s life off the screen is as remarkable as its making. You can support screenings of the film on #RoadToFreedom Tour, by donating to Kickstarter campaign

Click here to read the review and Sophie’s Q&A with Penny Woolcock.