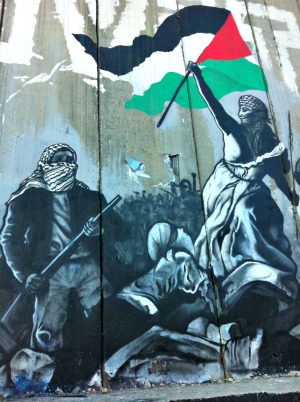 New review: When I Saw You

The Birds Eye View Film Festival this year celebrated Arab women filmmakers, hailing from a region ripe for storytelling, given its rich history and diverse cultures. The festival opened with the UK premiere of When I Saw You, a film by Annemarie Jacir who in 2007 became the first Palestinian woman to make a feature film.

Huma Munshi enjoyed the film and hails it as “a beautiful meditation on hope in the Middle East conflict”. What struck her most was how the director managed to infuse it with hope and optimism despite showing dire predicament of the Palestinians living in refugee camps. Huma reflects on her experience of travelling in the region:

“On a visit to Israel and the Palestinian territories a year ago, I was overcome with a sense of hopelessness and anger at the oppression experienced by the Palestinian people. The history of the conflict and distrust seemed intractable. I recall being taken around the wall which bisects the territories in which the Palestinians live and makes it extremely difficult for them to see family members, go to work and have a quality of life afforded to those who have the freedom of movement. It is both a symbol and a tool of oppressing the Palestinian people.

As we were driving, I caught sight of a young boy climbing up the barbed fence. The sheer determination he showed in the face of an overwhelming force made him courageous, if not foolhardy.

Witnessing the oppression of the Palestinian people, I felt an all-encompassing feeling of despondency. It is a testament to Annemarie Jacir’s skilful filmmaking that she has managed to carve a story of hope in the situation where one would be filled with despair.”

Photo is a graffiti based on Delacroix’s Liberty Leading The People, with Liberty waving Palestinian flag. Taken by Huma, used with permission.