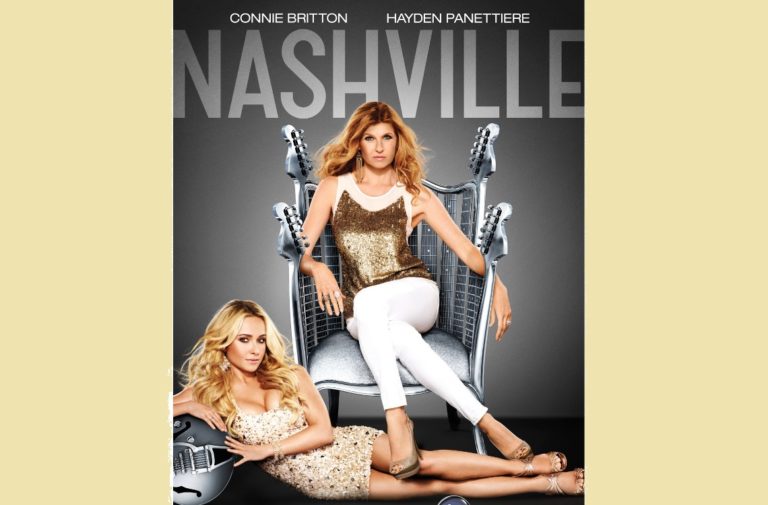 As a drama about two women in the spotlight, More4’s Nashville has arguably been subject to a few gleeful expectations. Predictably, one of these has been evident in the critics’ and publicity blurb‘s general (albeit sometimes subtle) focus on the salacious potential of the conflict between the show’s two central characters, country music stars Rayna James and Juliette Barnes.

This treatment is misleading. Indeed, Alyssa Rosenberg’s excellent reminder of Why all female rivalries aren’t catfights points out that the differences between Rayna and Juliette are substantive and “rooted in actual economic pressures, rather than the result of irrational animosities”. (“This is an adult drama about many aspects of women’s lives and it needs to feel real” says writer Calle Khouri.)

In keeping with this, our reviewer Sophie Mayer finds Nashville is actually far from the “camp shoulder-pad ‘n’ hairspray ‘catfight'” suggested by some of the write-ups:

“…First off, [Nashville] is a big, razzle dazzle return to screen storytelling for Callie Khouri, the first woman to win an Oscar for Best Original Screenplay for Thelma and Louise. Like Parks and Recreation and Girls, it brings another US female showrunner to British TV screens and highlights – Heading Out, anyone? – just how far British TV has lagged behind.

All that is not to say Nashville is a feminist utopia. As Kelsey Wallace of Bitch‘s TV blog points out, there is a lack of ethnic and gendered diversity among characters and cast. And, in a sign this is a cable show, LGBT country fans (let alone country singers) clearly don’t exist on the programme. But when Wallace tells the show to “shove it!” for its insistence on traditional gender roles, the Madonna/whore dichotomy and the siren call of the so-called catfight, the show is arguably way ahead of her…”

Image description: Connie Britton sits cross-legged on a throne made out of silver guitars. She is wearing white trousers with a layered white and gold top and heels. Haydn Panettiere lies sideways on the floor at her feet, propped up by a guitar on her right side. She is wearing a textured crème dress (possibly jewel encrusted) and heels. Dark grey shaded background with the light grey Nashville logo in caps at the top. This is the current picture for the forthcoming dvd boxset on Amazon but the final picture is not yet confirmed.