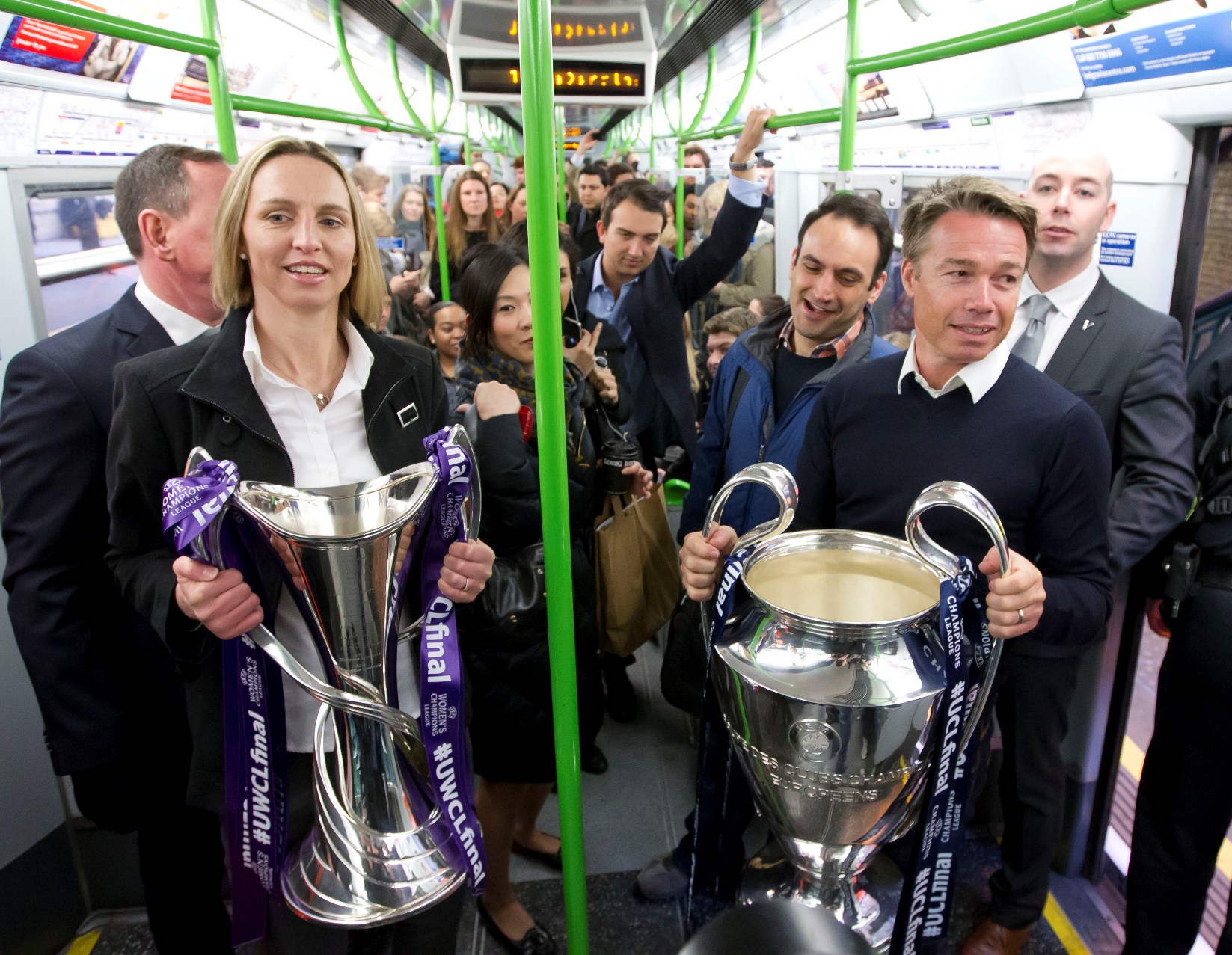 UEFA Champions League trophy handover: where are the women?

Last week, I was really excited to be invited to the trophy handover for this season’s Champions League competitions, the biggest European football club tournament – basically the winners from the previous season give up their lovely shiny cup to the representatives of the city hosting this year’s final.

The PR puffs for the event told us that former England and Arsenal captain Faye White would be one of the Champions League ambassadors, Sir Trevor Brooking – a noted supporter of the women’s game – was also involved, and all the publicity gave the women’s competition equal billing with the men’s, so I figured it all looked good.

And then I got to the event itself and it was almost embarrassing.

Sports minister Hugh Robertson welcomed “the four semi-finalists” to London – meaning, of course, the men’s teams. FA chairman David Bernstein followed him, and again spoke about the men’s competition, although at least he managed to mention the women’s tournament in passing.

A lengthy “history of the Champions League” film followed – all showing highlights from the men’s competitions. Women featured twice – one as a dancer, and one as a mascot dressed up as the trophy.

Kate Hoey did a short welcoming speech for the women’s teams, and there was then a short video compiling a few clips from previous years before a quick interview with Olympique Lyonnais’s Lotta Schelin.

And then it was back to the men.

I know that people are working hard to improve the profile of women’s football, and I realise that the women’s competition was basically tagged on to this event to ensure that media were at least there.

However, that doesn’t excuse the fact that our dignitaries completely ignored the women’s trophy in their prepared speeches. Recently we had the sports editor of the Guardian informing us that they don’t bother to cover the women’s game because people are simply only interested in men’s football.

Well, if our officials bothered to show a little interest, then perhaps this might begin to change.