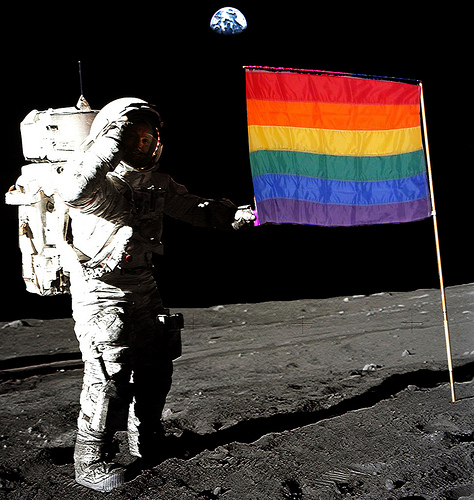 The Asia Pacific Coalition on Male Sexual Health (APCOM) and the Institute of Development Studies are officially launching a co-produced discussion paper, titled “Islam, sexual diversity and access to health services”. There is also a corresponding video interview with the author, Muhsin Hendricks.

Key points of the paper I’d like to highlight:

“Islam, in essence, does not condemn anyone due to sexual orientation, and the Quran does not prescribe punishments for homosexuality. However, secondary religious sources such as Hadith, Ijma and patriarchal interpretations of such sources have shaped the attitudes of the global Muslim community regarding MSM and transgender people.”

“In the Islamic world, transgender is often conflated with intersex and homosexuality. Hence, transgender people suffer from stigmatisation, with varying, but marginal degrees of difference. Homosexual people,according to many Muslims, make the choice to act so, while transgender people are sometimes excused as an act of nature. Despite this, in most Muslim contexts transgender people are not accepted and are forced to adhere to social constructions of masculinity and femininity. In some contexts such as Egypt and Iran, reassignment therapy is encouraged and made legal within Islamic jurisprudence as a way of forcing gender prescriptions, while in other contexts such as India and Pakistan there is a level of religious tolerance towards the transgender community (Hijras) and stories about them are often found in Hindu mythology and Indo-Pak culture, yet most Hijras still suffer discrimination and victimization.”

Check out the video as well. The author discusses his own journey in reconciling his sexuality and his faith.

Thanks Corscri Daje Tutti! [Cristiano Corsini]for the photo! A person is wearing a spacesuit on the moon holding the LGBTQ Rainbow flat.