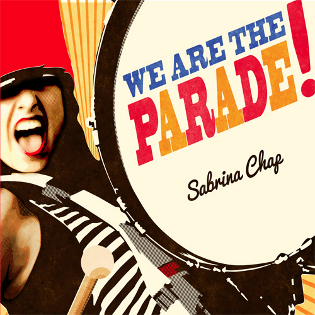 Musician and singer Sabrina Chap talks to Karren Ablaze! about putting the joy in the fight for LGBT rights and how same-sex marriage is by no means the end of the road

Sabrina Chap is a lady of gargantuan talent. This Brooklyn-based songwriter has been playing piano since the age of five, and these days produces songs that are pristinely intelligent, deeply moving and deliciously funny. She plays hot jazz, making it sound ruder than it ever was. She’s edited a very useful book, called Live Through This, about the relationship between creativity and self-destruction. She’s written and produced a bunch of plays. And now she’s created an anthem for the fight for LGBT equality, in the form of the title track of her most recent long player, We Are the Parade.

Initially, this song was Sabrina’s response to California’s Proposition 8, the constitutional amendment passed in 2008 that took away the right of same sex couples in that state to marry, but it turns out that it is about a lot more than just that.

She tells me that, prior to the appearance of Proposition 8, she hadn’t thought too much about the issue. “I rarely date, and don’t think about marriage personally. But, when California denied marriage equality, it just floored me. I mean, San Francisco is like the gayest city in the world! The west coast had always seemed so forward thinking – how in the hell could they deny gay marriage? It seemed outrageous…”

How then to approach a situation where homophobia and ignorance have (temporarily) won out?

To kick off Gay Pride- you can buy a digital copy of WE ARE THE PARADE for only £4.74!! Just go to http://sabrinachap.bandcamp.com/ and put in the discount code – marriageequality. Share away!!!

Image description: Cover of Sabrina Chap’s We are the Parade! This shows Sabrina (or possibly another woman in majorette-style clothing) looking jubilant, in marching band gear and red lipstick, holding a drumstick. The album/single title and her name are on the front-facing drum on her right. The first item is written in large blue, pink and yellow letters, while the second is written in black joined-up sentence case.

Video description: Sabrina Chap sings in the middle of a New York street. She has a Majorette look and wears red lipstick, a black hat, a red buttoned top and a black and white striped skirt with black tights and lace-up boots. She carries and twirls a baton. There is a zebra crossing and busy traffic behind her. This is intercut with scenes of celebration, colourful banners, parading and love at New York Gay Pride 2012.

From 1.16, Sabrina can also be seen as part of the parade. From 2.07, a band (with trombones, cymbals, trumpets and drums) joins the parade. At 2.26, a bike rides past Sabrina in her lone scene and people (as well as traffic) become more apparent. At 2.35, a dance troupe appear in the parade scene.

The video ends with two people waving rainbow flags and holding up a white sign with ‘Gay Pride!’ written in coloured block lettering.