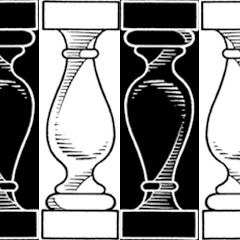 In my previous post it was presented that a potentially questionable practice of architectural design is the notion of assumed averages with which architects are inclined to make decisions. Throughout design it is assumed to be satisfactory to please the majority thus adapting to the ‘normal’ inhabitant. The inhabitant of average; stature, taste, personality etc.

However, what happens, for example, when 149cm tall people, like myself, cannot reach the floor when they sit on a bench? Or, more seriously, a wheelchair user cannot reach the entrance to a building because a ramp has not been included. Currently, architecture has the ability to be exclusive.

Presumably examples such as this are a matter of limitations and not conscious decision making but it is interesting to contemplate what creative outcomes could be realised if standard assumptions came into question. A feminist critique of architectural decision making has the potential to change any current exclusivity within architecture.

One concept which interests me is the rejection of the use of binaries when making architectural decisions. Binaries are linked to assumed averages and work as a coupling of opposing terms. One common conception of binaries is that they work in pairs as a way to weight an argument during the decision making process.

Binaries are present within gender studies, architecture and day to day life. They address many emotional and professional variables when it comes to personal definition and thought processes. The feminist critique of binaries adopts a rejection of such dichotomies potentially adding more variation and equality to the field of architecture.

Binaries are common when distinguishing sensual realisations and are often used to create an understanding of order and organisation, a way to categorise and rationalise, a trait often associated with the male.1 Common sensory binaries include:

Rarely is a binary term literal in terms of ‘this’ or ‘that’. It is understood that sensory binaries, as listed above, have a gradient scale of multiple variations between the stated polar adjectives. However, this gradient scale becomes somewhat repressed or misunderstood when binaries enter the world of emotion or architectural design. Contemplate the emotional binaries below:

This is a binary system just as the ‘quantifiable’ ones above. However, these binaries often come with assumptions. Binaries largely rely on the thoughts and opinions of the person making the decision. Questionably, the concept of binaries relies on the fact that to have an opposite one side will have power over the other. Therefore they have the ability to become a risk to minority groups/sensations/decisions because one variable is assumed to be dominant over the other.2 Hence why care should be taken when making decisions based on binary assumptions.

The deconstruction of binaries can be implemented both in day to day life and, as pointed out by Weisman, “the old dichotomous paradigms simply will not work,” within architecture.3 Binaries have gone a long way to setting up the basis for architectural decision making. Judgements such as light and shadow, mass and void, form and matter are all based on our knowledge of binary hierarchies and their limits and complexities.

It is time that we questioned the extent of the use of binaries within architecture, not only with regards to design decisions but with respect to the architects and the vast variety of people who use buildings.

There is a continued categorisation and assumption of senses, emotions, design criteria, etc. and the hierarchies this produces. What must be noted, and acted upon, is the necessary acceptance of difference. An alternative methodology, or many alternatives, must be established and accepted.

Image attribution and description: The image at the head of this post is called Balusters. It was modified by Helen from an original public domain image from the Wikimedia Commons.