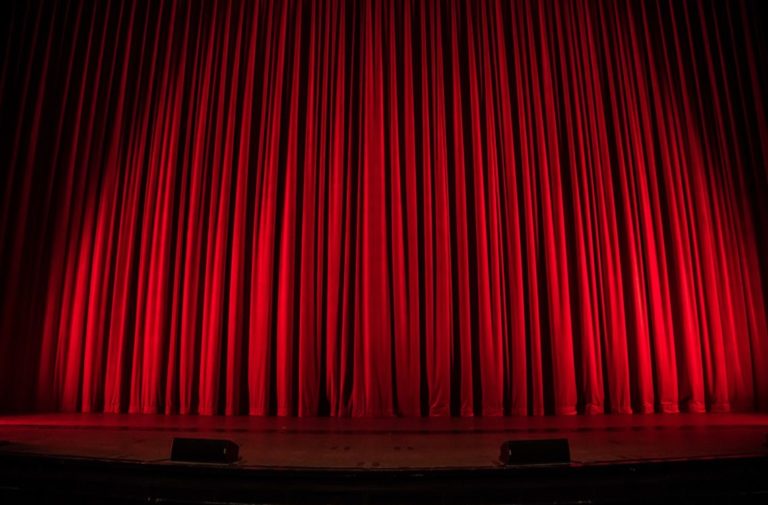 The art of performance 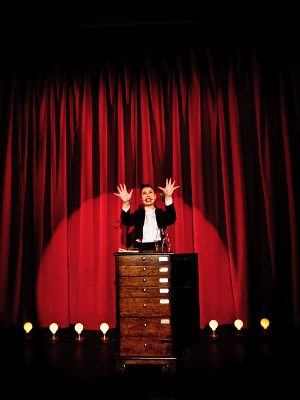 Performance art is appealing because it is open to constant interpretation. As soon as you feel well acquainted with the form, it slips from your grasp and transforms into a yet another incarnation. Sheila Ghelani’s new piece of performance art, Rat Rose Bird, takes place not in a gallery, but on the stage of the King’s Road’s Chelsea Theatre, and as the audience gathered in the lobby, eager voices provoked the age-old debate as to the nature of performance art, asking: “Is it theatre, is it a play, is it drama, is it art?” There are no easy answers or definitions, but perhaps performance art is so endlessly fascinating precisely because it is so many things to so many people.

Ghelani’s hour long one-woman show is a deeply personal piece drawn from her autobiography. Taking us back to 2006, Ghelani moves seamlessly through the tragedies and losses of her annus horribilus with wit, fast pace and an unmistakably warm sense of humour. Ghelani’s storytelling is unconventional yet perfectly effective. As the performance opened with the words “This is my story”, I was overcome with the fear that I was now trapped listening to an hour long dramatic monologue, reminiscent of a moody, broody piece of A-level theatre studies coursework. Any such concern was completely misplaced; Ghelani’s narration is fresh and innovative, punctuated by moments of song, dance and cinema that are filled with both joy and sorrow.

The piece is focused on three motifs: the rat, the rose and the bird. These are explored in turn as Ghelani’s tale unfolds in an evaluation of the past and the nature of love, loss, memory, remembrance and repetition. Dressed in a tailcoat and shirt reminiscent of a ringmaster, Ghelani recreates the overblown theatricality of the circus and travelling shows. Her use of props is sparing yet effective. “Alcohol, tears, vomit and cream”, Ghelani’s “significant fluids of 2006” also have a starring role, as she lays her life before us as both art and spectacle, with a spirit that is instantly engaging.

Ghelani’s deliberately over-the-top showmanship feels comic and light, but this piece is far from insubstantial razzle-dazzle 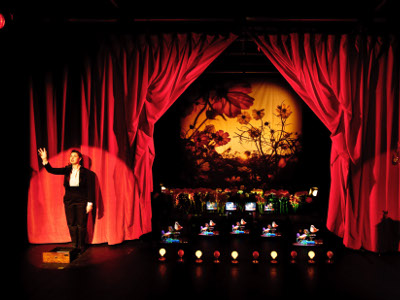 Indeed, Rat Rose Bird revels in its own sense of deliberate theatricality and spectacle, with Ghelani drawing pointed and particular attention to her self-conscious use of stage lighting and music. She clicks her fingers to turn lights on and off, makes an elaborate show with her hands when handling her props and, in a witty and self-aware parody of the stage magician, cavorts across the stage in wild movements that leave the audience in peals of laughter. Ghelani’s deliberately over-the-top showmanship feels comic and light, but this piece is far from insubstantial razzle-dazzle. The performance bills itself as “visually rich” and, with its incorporation of film and television, it is nothing less.

In a multi-layered performance, Ghelani makes fascinating use of multi-media forms, with a focus on television that explores the strange relationship between the subject and representation. The stage is filled by nine television screens, arranged in two neat rows on the floor. Working in perfect unison, the screens are periodically filled with lights, white noise and flickering grey matter, home videos shot by Ghelani of the weather and of her beloved cat Antonio and, most excitingly, a series of shots that are filmed before us on stage.

Creating a miniature set atop a tower of drawers, using a piece of paper to create the backdrop and various pieces of dollhouse furniture as props, a camera to the side of the stage captures this Lilliputian scene and uses it to fill the screens. Domestic scenes populated by dead rats become the subject of the broadcasts, fixing our gaze on the screens as we digest the conflict of the morbid and the familiar in this macabre parody of cosy domesticity that leaves us suitably discomforted.

At one point in the performance, Ghelani places herself before the camera, contorting her face into bizarre expressions that fill the screens of all nine televisions. Our eyes are left torn as to whether we should observe her on the stage or through the televisions, forcing us to consider to what extent we view the world and our society with our own eyes or rely on the many-screened media to mediate events to us.

Combining the film, music, performance and monologue, Ghelani’s performance has the feel of a collage to it, creating many beautiful threads and letting them hang loosely before combining them seamlessly at the finale. The performance culminates with a garden of flowers, filled with birdsong taking over the stage space. A bed of dollhouse proportions is placed at the front of the stage, before this spectacular garden, the three dead rats carefully laid down in it: a perverse Sylvanian family scene.

At the close of the show, we are invited to examine the stage set as closely as we like, while Ghelani takes position by the side of the stage, handing out edible rose petals to every member of her audience. Never before have I experienced this level of personal interaction between the artist and the audience; this all inclusive attitude struck me as simply delightful.

Ghelani does not merely tell us her story. She takes us on a spellbinding journey that allows us to experience every emotion, feel every drip of sorrow and laugh loudly and sincerely at the performance’s abundant moments of humour. Unlike many artists, who cultivate a taste for remaining as mysterious and unknowable as a distant star, Ghelani’s performance allows the audience to engage with the artist on a profoundly personal level. A fellow spectator described the evening as “a captivating performance” and the show is a totally immersive experience that leaves you reluctant to leave the theatre. Ghelani is warm and engaging, with a desire to interact with her own audience that leaves a part of you as connected to the artist as if you have been friends for years.

Though it is hugely popular with its spectators, the art world has long taken a somewhat dim view on performance art. At the same time, Tino Sehgal’s recent nomination for the 2013 Turner Prize, the first ever performance artist to make the shortlist for what is perhaps the most prestigious prize in contemporary British art, signals a seismic shift in the academy’s appreciation of the form. If Sehgal’s nomination is a sign that performance art is about to receive long overdue critical recognition, I certainly hope that such artists as Sheila Ghelani will be the first to enjoy the spoils.

Lara Tutton is a literature graduate and freelance writer living in London. Follow her on Twitter @larissa_faye