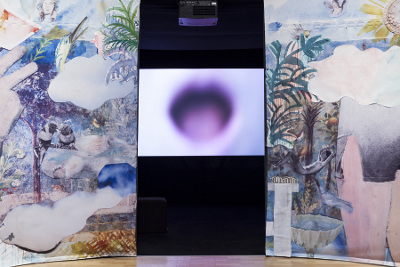 Women in the spotlight: the Turner Prize shortlist

There remains little doubt that since its foundation in 1984, the Turner Prize has established itself as the most important award for contemporary British artists. With a winning prize of £25,000 and a list of past winners that reads like a Who’s Who of Britain’s most famous artists, it is safe to say that the Turner Prize is one of the most prestigious accolades in the art world. However, in the entirety of the prize’s history, only five female artists have won the prize. Although this is disappointing, after Elizabeth Price’s success in securing last year’s win, the Turner Prize is casting a brilliant spotlight on the work of female artists once again in 2013.

Penelope Curtis, director of the Turner Prize, commented that due to the nature of the shortlist with a different panel of jurors every year, it is impossible for it to be entirely balanced, whether in terms of age, background, ethnicity or gender. However, Curtis feels that this year’s shortlist has a “good gender balance”, and indeed, it is refreshing to see that this year two female artists, Lynette Yiadom-Boakye and Laure Prouvost, have made the shortlist alongside Tino Sehgal and David Shrigley.

The variety encompassed by the 2013 shortlist begs the question, what exactly does it take to create a Turner Prize worthy piece of art? For Declan Long, member of the Turner Prize 2013 jury and writer and lecturer at Dublin’s National College of Art and Design, it is simple. He revealed that the criteria for choosing the nominated artists could be whittled down to two motives: firstly, to find “something that [he] love[s]” and, more importantly, to “track new developments” that “change the way we look at art or intensify one aspect of art”. Perhaps it is Long’s approach that has lead to the nomination of two artists as uniquely exciting as Prouvost and Yiadom-Boakye.

Though born in France, after studying at Goldsmiths and Central Saint Martins, Prouvost has become entrenched in the British art scene. A bold and visionary artist who is best loved for her distinctive films and installations, her unconventional approach makes for innovative and compelling works. As a filmmaker, she has a unique ability to both deploy and reinvent the form through her use of fearless story-telling, rapid cutting, montage and an intriguing and deliberate misuse of language which both delights and disorientates, while her installations invite spectators to explore and investigate the new spaces she creates. 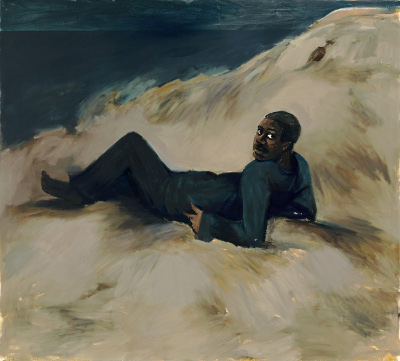 Declan Long describes Prouvost’s ‘Schwitters in Britain’ installation (2013) as “a singular, distinctive pleasure …whimsical, funny” with “a voice that is entirely her own”. But what perhaps makes the exhibition so innovative and memorable is her unflinching ability to blur the boundaries of fact and fiction. The grandfather who forms the central tenant of Prouvost’s ‘Schwitters in Britain’ and previously ‘The Artist’ (2010) is, in fact, entirely fictional. This invented family member is depicted as a forgotten artist, provoking debate as to not only the nature of artistic legacy, but also the nature of perception.

Both Prouvost and Yiadom-Boakye experiment with the nature of imagination in a way that forces viewers to question our perceptions of reality in a new and thought-provoking manner. Their work plays with the boundaries of fantasy and reality, giving rise to pertinent questions about the very nature of illusion, fact and fiction that ultimately lead us to ponder whether art is a representation of truth or a beautiful deception.

Yiadom-Boakye furthers this debate by harnessing the power of deception and imagination to reinvent a classical form. Despite amassing a vast body of solo exhibitions, her Turner Prize nomination signals Yiadom-Boakye’s breakthrough from relatively unknown outsider to part of the establishment. Her work makes use of that most traditional of forms, the portrait, yet her apparent conformity houses a hive of innovation. Painting both close-up intimate portraits and large-scale canvases that mimic the techniques of historical paintings, Yiadom-Boakye’s pieces pay homage to European art, while simultaneously critiquing it through her choice of subjects, using a historically European form to depict black and African people.

A writer and a poet, Yiadom-Boakye creates fictive words, as reflected in her Extracts and Verses (2012) exhibition. Boldly toying with our expectations of the portrait as a form, Yiadom-Boakye’s subjects are not depictions of real sitters, but, like Prouvost’s grandfather, are totally fictional constructions draw from a combination of the artist’s memory and imagination. With the eye of a writer, Yiadom-Boakye’s work extends from the canvas to generate wider questions about how we read pictures, describing her work as paragraphs or sentences that hang together and play off one another.

Long is intrigued by Yiadom-Boakye’s work, describing her art as “puzzling works” that sit on the “threshold between the traditional and non-traditional”, their intricate depictions of imaginary worlds presented as reality. Yiadom-Boakye is careful not to inform her work with such details as story, place and context. Unlike orthodox portraits, her paintings refuse to give observers a simple historical reading and instead compel individuals to engage with them and attempt to discover or create meaning. 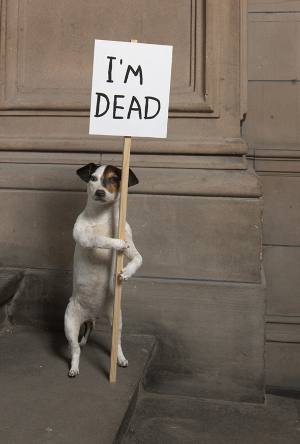 Prouvost and Yiadom-Boakye are shortlisted alongside Tino Sehgal and David Shrigley. The British-born, German-based Sehgal uses performance to create exhibitions and installations that test the very limits of the nature of art, most famously his 2012 These Associations exhibition in Tate Modern’s Turbine Hall. Totally devoid of objects, Sehgal’s work is best described as live encounters between individuals, enlisting people to work with him to create pieces that are structured improvisation and highly interpersonal, reinventing the relationship between art and the observer. The first performance artist to make be nominated for the prize, Sehgal is nothing less than a pioneer.

Meanwhile, David Shrigley is an artist best known and greatly loved for his witty and satirical drawings and sketches. Despite a successful career spanning over 20 years, critical recognition has been slow to meet Shrigley, partly due to the art world’s long held prejudice that humour cannot be taken seriously. However his irreverent black humour, cynicism and sharp wit have earned him decades of public popularity, and are at long last enjoying critical appreciation. All four artists represent the cutting edge in their field; I wish them all the best of luck, and hope that they continue to create works that innovate, surprise and delight.

The Turner Prize exhibition, featuring work from all four shortlisted artists, will be on show at Ebrington in Derry-Londonderry as part of the UK City of Culture 2013. The winner will be announced at the awards ceremony on 2 December.

Lara Tutton is a literature graduate and freelance writer living in London. Follow her on Twitter @larissa_faye