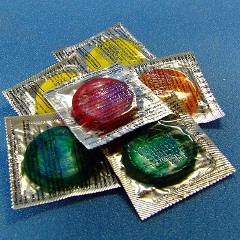 We were recently contacted by Firecracker Films, who are looking for 16- to 24-year-olds to take part in a documentary on sex and relationships. The F-Word is not involved in and does not endorse this project, but we thought some of you might be interested. If so, please read on!

Firecracker Films has recently been commissioned by MTV to make a ground-breaking documentary that will explore young peoples’ experiences across the world with regards to sex and relationships in a way that has never been done before.

We will ask young people aged 16 to 24 from around the world to film their own experiences of relationships and what sex means to them on handheld cameras or camera phones, from their own unique perspectives. This really will be their story, in their own words.

Through this documentary we aim to offer a voice to people across the world to talk openly about the anxieties, emotions and the curiosities that young people may have regarding sex. We also hope that this film will help increase understanding of a range of issues and topics on sex such as relationships, contraception, stigmas and overall promote safe sex and education across the globe.

We have already made a highly acclaimed documentary in this style called ‘Bullied’ for MTV which was based on people across the globe filming themselves to discuss their different experiences with being bullied. We also produced ‘We’re Having a Baby’ and ‘I Want to Change My Body’ for the BBC.

We’re looking for as wide a variety of perspectives as possible and are very grateful to the F-Word for helping us to reach a feminist readership. If you’d like to be involved or would like more information please get in touch at [email protected] or on 0207 349 3481. Our Twitter is @worldsexproject and Facebook page is World Sex Project.

Photo of a pile of coloured condoms by Shawn Latta, shared under a Creative Commons licence.