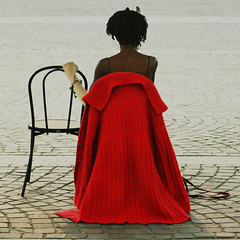 Safety v Autonomy – Why do we draw the line in different places?

One of the few advantages of being underemployed is the opportunity to be an observer, to be able to position yourself within an organisation, seeing all of its goings-on, while holding very little responsibility for what it does. For the past six months I have been working as an administrator for a supported housing project. The project is designed to look after people with long-term and enduring mental health conditions. I have long wondered whether it might be the sort of area I could carve out a career in, and while I am certain that it is something I would find satisfying, I have always been doubtful as to whether I would be able to reconcile the expectations of the psychiatric framework that we should interfere with free will in the name of people’s ‘best interests’ and my own philosophical views that freedom trumps happiness and that suicide is but one answer to life’s most important philosophical question.

A good deal of the social work at the project involves making decisions about the levels of freedom people have in their lives: whether they need to be in hospital; the extent to which they should have control of their money; whether a particular relationship is exploitative. The cornerstones of assessment in these areas are our notions of ‘vulnerability’ and ‘risk’. Predictably, gendered perceptions of these are interwoven into decision-making and the choices made for men and women differ drastically.

At an obvious level, we have different rules for women’s houses. Male guests are not allowed and contractors cannot enter without staff supervision. Since the average stay on the project is two years, this drastically restricts the social life of the women who live there and puts obvious pressure on relationships, particularly if their male partner does not have suitable accommodation in which they can meet.

More subtly, approaches to behavioural choices can be very different. Sexual activity in women is often approached as a signifier of a deterioration in mental health. In one case a 9 p.m. curfew has been imposed in order to protect a client from engaging in ‘risky’ behaviour. Where relationships or friendships have a negative impact on both parties, for example where people have a tendency to encourage people to drink to excess, it is generally assumed to be the man driving this negative behaviour, the woman engaging purely as a passenger. Where a woman is known to be giving a considerable proportion of her income to a man on a regular basis, or being exploited by others for money, it is more likely that a formal safeguarding approach in which the local authority takes control of her money will be considered. It is considerably less likely that action will be taken against a woman to evict her. This remains the case even if her behaviour involves physical aggression to staff, and there is a clear clinical opinion that the behaviour is not a product of her illness.

Part of this difference comes from the different risks generated by a gendered society and the different behavioural presentations of mental illness, which result from the interaction between mental illness and an individual’s gendered understanding of themselves and others. Women *are* more likely to be sexually exploited by men. Women in institutions do more often submit to men and detrimentally alter their behaviour in order to gain favour. Even in cases where a woman exhibits extreme resilience and physical strength, her vulnerability is increased by the general perception of her as a weaker vessel and sexual object. This latter problem is made all the more difficult by the perception that she will be an unreliable witness, which means that men can expect little or no consequences if they choose to attack.

The consequences of gendered treatment are significant: women are disempowered and infantilised by their protection on a much more regular basis. They are also given less accountability, and therefore less opportunity to experience negative consequences and develop responsibility.

It is important to stress here that this isn’t a deliberate and coordinated effort to treat women differently. Most staff are, at least outwardly, committed to equality and to the idea that people should be treated as individuals. Support is designed as far as possible to reflect individual and personal risks. The question is, within this context, how do we deal with “man’s structural capacity to rape, and woman’s corresponding structural vulnerability”? How do we alter women’s expectations of how they should be treated? How do we make the balance between freedom and autonomy about which philosophy of life you have rather than which gender identity? How do we advocate for the right to be treated more harshly?

Image attribution and description: The image at the head of this post is called Misty Behaviours. It was modified by Helen from an original photo by Emmanuele Contini under the Creative Commons Attribution-NonCommercial-ShareAlike 2.0 Generic (CC BY-NC-SA 2.0) license.