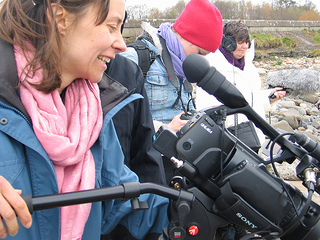 Making It Home: women and domesticity in the 21st century

A couple of weeks ago, the Guardian ran a much-Tweeted-about feature on the suffragettes: specifically, they wanted to know what suffragette activism might look like today. Women have had the vote for nearly 100 years, so what’s the new equivalent? What contemporary debates might Emmeline Pankhurst wade into? What issue would Emily Wilding Davison come out in support of?

The Guardian approached various famous women and men to ask for their take. Their answers ranged from political satire (“kidnap David Cameron and Michael Gove and take them to a crack den, to see the baby crawling among the drug paraphernalia” – Camila Batmnhelidjh) to personal testimony (“I grew up witnessing domestic violence. It angers me that so little has changed since then” – Sir Patrick Stewart). One of the most interesting responses, for me, came from Jackie Kay, the Scottish poet, memoirist and playwright. Kay has written extensively about what it’s like to be black, female, lesbian and Scots, and about the ways in which that intersection has informed her feelings about home, nationhood, identity and belonging. In a short statement that stood out among the others, Kay declared:

If the great suffragettes were to come back from the dead, I would hope they would tie themselves to the railings for the refugees. Women make up nearly 50% of all international migrants, fleeing conflict, poverty, disasters and forced marriages. And women on the move are particularly vulnerable to harm.

I have been lucky enough to be involved in a creative project that has allowed me an insight into the lives of the women Kay refers to. Making It Home is a Creative Scotland funded community outreach project whose manifold aims are both bold and relevant. Firstly, the project aims to raise awareness about the lives of refugee, asylum seeking and migrant women in contemporary Scotland, and by extension, the UK. Secondly, it aims to build dialogue between these women and native Scottish women, in the interest of starting conversations that might otherwise never have begun and facilitating friendships that might not otherwise have blossomed. Thirdly, the project provides a catalogue of female experiences which in turn examine what it means to call Scotland “home” at a time of massive social, political and economic change in the country.

The catalyst for all of this is creativity: in the first half of the project, the women read, discussed and responded to poems on the theme of “home”. In the second, more vocational phase, they turned their responses into a series of powerful, eye-opening films, following a series of workshops where they learned about every step – storyboarding, camera operation, directing, animation – from scratch. 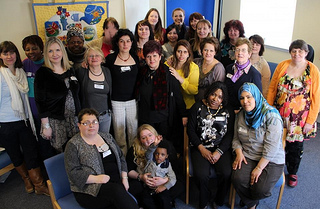 The resulting films provide what I believe is a fresh and unique perspective on what it means to be homeless. I use the word broadly: some of these women have been displaced by war, while others have fled economic uncertainty abroad, only to find themselves living precariously in a recession-weary UK. And the women who have always lived in Britain also understand what homelessness means: many of them have literally found themselves without a home; some are or have been vulnerably housed. Women from both groups have spoken of a sense of internal “homelessness” and have worked through this project in the hope of answering questions about belonging and personal identity. As a result, these films move beyond documentary-style insights into what might be called “lives less ordinary” (although in fact displacement and homelessness are all too ordinary in contemporary Britain, especially for women). Creative control has always rested with the women themselves, with support from an all-female team of supporters, so these films also avoid othering or fetishisation of their subjects. And importantly, because the films were created in the spirit of collaboration and co-operation between these two very different groups, they pivot on the needs and values that bind a broad range of women. They are films about everyday struggles and frustrations, but they are also joyful hymns to female strength and community.

If Jackie Kay’s assertion is correct – and I believe it is – then we need more projects like Making It Home. Rather than reducing them to an “issue” or news item, such projects allow refugee, asylum seeking and migrant women (and women who stand in solidarity with them) to control the messages that are disseminated about the realities of their lives. Such an approach would hopefully provide the ideal antidote to a UK tabloid culture that regularly uses the straw-man “immigrant” to mislead and frighten its readership. And there’s a bonus: if Making It Home is anything to go by, such projects also produce incredible works of art by women.

The Making It Home films were launched in Glasgow on Friday 14th June, and are available to view at various screenings an events throughout Refugee Week Scotland and beyond. Events will also include Q&As with some of the women who worked on the project. Visit the Making It Home website, or follow Making It Home on Twitter, for details.

[Note: The above text has been edited to replace “prediction” with “assertion” in the paragraph beginning “If Jackie Kay’s assertion is correct…” The earlier version was in error.]