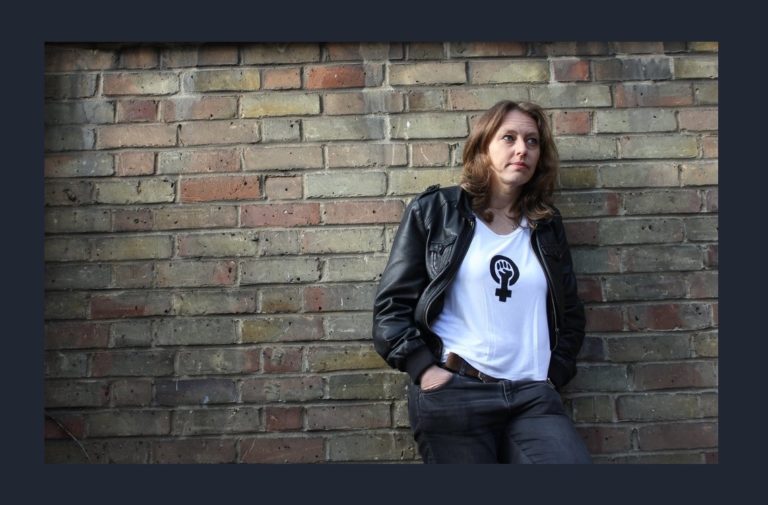 Rosie Wilby, multi-award winning comedian, writer, musician and broadcaster, was not always a successful performer; she was once an idealistic York University Engineering student (with a haircut she would later come to regret) who fancied this one girl so much she joined the school’s independent, handwritten feminist newspaper, Matrix, to gain her approval. She ended up getting swept up in a whirlwind of beautiful feminist crusaders hell-bent on causing mischief and speaking out in the name of liberation and smashing patriarchy.

What became of the women of Matrix? Did they all grow up? Are they still fighting for the cause? 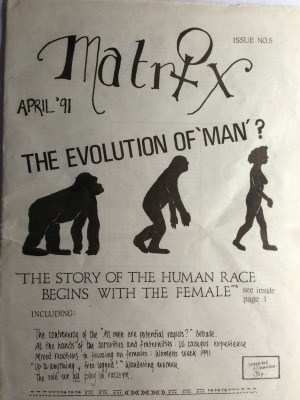 Two decades later, Rosie finds copies of the magazine in her father’s attic and wonders what became of the women of Matrix. Did they all grow up? Are they still fighting for the cause?

Thus begins our journey that spans years and postcodes, told through story, CD player, video, and every issue of Matrix as Rosie recalls her time as a feminist at York University. We follow her as she tracks down who she remembers as the biggest, baddest and most inspiring of her Matrix comrades. Everyone is in for surprises as we find out not all feminist heroines grow up quite the same way, and that not all your memories of university are quite the same as your friends’…

In Nineties Woman, Rosie Wilby gracefully captures what its like to be part of a tight-knit circle of plucky young activists who believe they can change the world –or at least the minds of a few people — if they tried hard enough: the kind of simple, temporary utopia that mainly exists in universities, before everyone graduates and grows up, where patriarchy is personified by men’s rugby team, where justice can be created with the right amount of spray paint on the right wall. These are all stories she tells with more tongue-in-cheek self-awareness than nostalgia, which lets her recount her stories without any hint of sentimentality or glorification. This allows us to laugh both with and at her younger self and her comrades while still being able to sympathise with the excitement of being an angry young activist.

What gives the stories a fascinating dimension is to see them woven through with interviews of the grown-up versions of university feminist heroines, with everyone giving their own take on her stories, and their own revelations of who really did what and why. And as fun as it was to laugh at the earnest direct actions and pranks of the Matrix collective in the little city of York, it’s hard not to feel some admiration for the idealism of these young feminists. Their antics take on a bit more meaning when Rosie describes how members of Matrix helped stage the first gay wedding in York in the early ’90s to promote the radical notion of equal marriage, knowing full well this would probably never happen in their lifetimes (hey, you had to have dreams, right?).

At times, as someone who has just graduated from university activist utopia with traces of idealism still in my twenty-something system, I did find some of Rosie’s self-deprecating jokes almost a tad too cynical. I wonder if she judges her and her friends’ university antics a bit too harshly and judges their growing up as ‘selling out’ a bit too easily. Did this really mean they turned their backs on feminism?

Maybe it’s the naive recent graduate in me, but I would have liked Rosie to talk a bit more about the power of a group of young feminists coming together. OK so they couldn’t stop the rise of the Spice Girls, but what did they really expect? Did it all really amount to a couple of pieces of paper in her attic and a few laughs with old friends?

Which might lead to the question: Who cares what a bunch of queer feminist students did in the nineties?

The answer: thanks to Rosie, now I do. In doing this show she essentially resurrects the feminist dream of the Matrix collective by preserving the memory of a tiny group of radicals in an otherwise nondescript small city in the North, making a new generation of feminists understand, laugh (and sometimes wince) in recognition and gain new insight into what their older feminist sisters were doing. Rosie Wilby’s Nineties Woman lets you discover that the struggles of the 21st century have a past, and that things can and do change.

Images courtesy of Rosie Wilby. The first image is a photo credited to Wendy Baverstock and of Rosie Wilby leaning against a brick wall and wearing jeans, a black leather jacket, and a white tee shirt showing a feminist fist symbol. The second image is a black and white printed cover of the Matrix zine, depicting an image hand drawn by Rosie Wilby of an ape evolving into a woman and the title, “The Evolution of ‘Man’? The story of the human race begins with the female.”

Stephanie Chan is a performance poet and law student based in North London. Born and raised in Singapore, she also has a degree in Biology and Environmental Studies. She has called herself a feminist since stumbling upon a book about the media and body image at age 13 and writing her first angry letter to the newspapers shortly thereafter. She has performed poetry in 5 different countries, including Slutwalk events in Singapore and London.