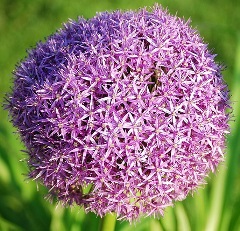 My three-year-old associates “dark” with “bad.” How can I introduce a conversation about race? (Offbeat Families)

Master Post on Why John Lennon is Shit (The Rogue Feminist)

These Are Not the Radicals You’re Looking For: A Trans Response to Julian Vigo (Counter Punch)

Playing the ‘gender card’? As if Julia Gillard has a choice (Guardian CiF)

Six fairy tales for the modern woman (The Hairpin)

The reason I was on BBC 5Live on Monday (Single Mother Ahoy!)

To all perpetrators of street harassment: fuck you (Fucking Facts)

British mother had abortion ‘because of visa rules’ (BBC News)

Spare Rib: we may be old but we are here (old ribs)

Australian Army Chief Is Not Amused By Sexist Emails (BuzzFeed)

“I was approached by Equal to promote their product for free. Their parent company, Merisant’s revenue totaled $232 million in 2012. My response…”(Catherine Deveney)

Spare Rib was born of grassroots feminism. It’s not a brand (Guardian, CiF)

Nigella Lawson pictures: We must not look away from domestic violence, but we can do more than just gawp (New Statesman)

Revisiting the ‘Crack Babies’ Epidemic That Was Not (New York Times)

Photo of round, purple allium flower head by Steve A Johnson, shared under a Creative Commons licence.