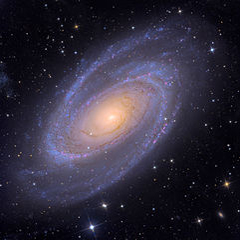 This week’s closing video is ‘Scarborough Fayre’ by Mediaeval Baebes:

Image attribution and description: The image at the head of this post is called M81s. It is a photo of the Messier 81 spiral galaxy which was found at Wikimedia Commons and is used under the terms of the Creative Commons Attribution-Share Alike 3.0 United States license.