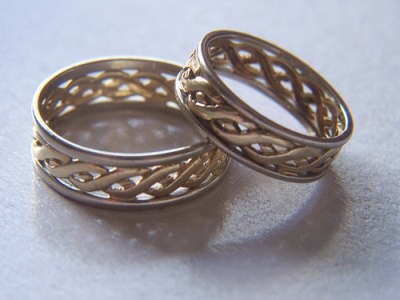 An open letter to Baroness Stowell of Beeston

Reubs Walsh shares their letter to the Government’s spokesperson in the House of Lords for Women &amp; Equalities regarding the negative implications of the Marriage (Same Sex) Couples Bill for trans people

Reubs Walsh shares their letter to the Government’s spokesperson in the House of Lords for Women & Equalities regarding the negative implications of the Marriage (Same Sex) Couples Bill for trans people.

As someone who is, from a legal perspective, in a same-sex relationship (although neither of us are binary and we aren’t the same version of not-binary, so we’re not really a ‘gay’ couple), I am very excited about the impending introduction of marriage equality in the UK. However, the Bill that will bring it into law – the Marriage (Same Sex Couples) Bill – carries some nasty consequences for trans people, especially those who realise that they are trans after getting married, who will now have to get the permission of their spouse in order to transition whilst still married. This reinforces the previous legal situation – a situation that many were excited about this bill reversing – in which transition always meant divorce.

Now, under the new rules, if your marriage can survive transition, then the law won’t prohibit that; this is a huge relief for many people. However, the spousal consent clause will pose serious problems which are discussed in my letter below, and I haven’t even addressed the issue of annulment on the grounds of nondisclosure of a transition prior to the marriage. More info here.

Please support trans people by joining me in expressing polite outrage (if that can exist!) and email Baroness Stowell.

I have been delighted with the handling of this bill by the Commons and the Lords, which has for the most part been very much less distressing than such debates can sometimes be for members of the LGBTQ community.

I am an enthusiastic supporter of this legislation, and applaud the work of all those who have participated in it reaching this stage. This legislation will likely allow me and my partner (we are both of the same legal sex) to get married, as is a fundamental part of how we as Christians wish to conduct our relationship. Not only that, but unlike the ceremonies for civil partnerships, we will also be able to make reference to the God we believe brought us together in this relationship, and to the institution which has come to be a reflection of the love of God for their flock.

However, whilst I am unlikely to follow the ‘traditional’ route of transition, as well as a lesbian, I am a trans person, and for this reason there are certain things in the Bill which distress me. The major of these is the Spousal Veto on transition. There are a number of reasons that this distresses me, chief among them being the enormous disadvantage it places an individual seeking to transition at, if their partner decides they wish to divorce rather than remain married to their now-openly-transgender partner. Gender treatment is often taken by medical practitioners at a go-slow for reasons that needn’t be debated here, but nonetheless they are urgent and life-saving treatments and the legal recognition is a necessary part of that. For this reason a person seeking transition who was already married would, under the current proposal, be under duress to concede any and all conditions of divorce that their spouse imposed (within the bounds of law).

I would also like to add my voice to the statements made in the House on this matter by Baronesses Barker, Gould and Butler-Sloss. The most recently proposed amendment is a compromise from earlier proposals, which gives only the barest minimum protections to trans people from spouses seeking to abuse the situation in which they find themselves placed, and which would also help to accelerate the difficult processes that would need to occur if spousal consent was not forthcoming.

I recall that you expressed an intention to write to Baroness Thornton to address the points raised on this issue in the house and I wonder if you would kindly include me in that reply?

I think it is worth noting that this Bill, proposed to advance the rights of LGBTQ people, is currently in a form which threatens to erode hard-won victories for trans people, not the least of which is the near-absolute legal recognition of their true gender through the Gender Recognition Act. As the Bill has been being processed by the Houses, not a single amendment attempting to reduce that effect has been accepted. No amendment which proposed to confer rights, or in the case of the Spousal Veto, protect rights for trans people, has been accepted, but only their spouses have been of concern. This does feel somewhat like the right of cisgender people to be disgusted at trans people is being held above the rights of trans people to control their own lives and bodies. I hope and pray that you will help to end this trend here.

Many thanks for taking the time to read my letter.

With all best wishes,

Photo of two wedding rings by firemedic58, shared under a Creative Commons licence.