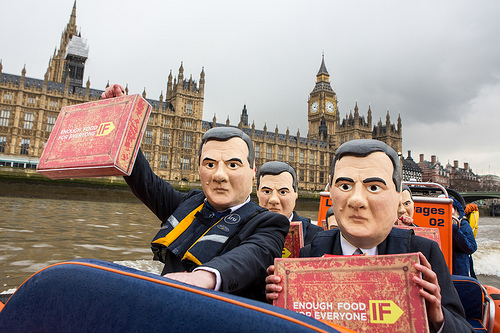 On 26 June, George Osborne announced his spending review setting out the cuts and savings to be made between 2015 and 2016. With the general election due in 2015, there were few surprises in store: more cuts, more austerity and a couple of crowd-pleasers to keep the voting public on his side.

And like every good Treasury speech, Osborne ensured the bad news was sandwiched between his good news headlines: the NHS budget will be safe from cuts in that financial year and overseas development spending will remain at 0.7% of GDP. The Chancellor also told us that for every public sector job that has been lost, three private sector jobs have been created and announced a huge investment in physical infrastructure – roads, rail and nuclear power stations.

So not all bad then? Well not quite. Always the perfect politician, the Chancellor’s boasts of savings and spending hide a multitude of sins.

Despite decades of campaigning, the Treasury have continually failed to ‘gender-proof’ their budgets. The Equalities Impact Assessment for the spending review dedicated a whole seven sentences to the impact on women, all of which only highlight the benefits to women rather than exploring the possible negative consequences. Economic policies can have very different impacts on women and men, yet we rarely see any recognition of this during the budget-making process.

Local governments who have seen their budgets aggressively slashed in recent years face another year of austerity, with their spending reduced by a further 10%. Local authorities fund essential services for women and women’s organisations. Programmes like Sure Start Children’s Centres and the Supporting People programme which fund many sexual and domestic violence support services have already faced cuts of around 11% and now their future looks as uncertain as that of the women and children they support.

The Chancellor’s ring-fencing is too little, too late and makes no allowance for the fact that health service costs rise faster than inflation

Investment in physical infrastructure will obviously herald more jobs. But these construction jobs are most likely to be filled by men. Unless the Chancellor is also willing to invest in the education and training needed to get more women into the construction industry, it is clear few women will benefit from this expenditure.

On the day of the Chancellor’s speech, some members of the Women’s Budget Group – a network of around 200 experts and academics concerned with gender equality in economic policy – met to analyse this announcement.

Had the Treasury done as the Women’s Budget Group suggested and gender-proofed their budget they would know that investment in social infrastructure – schools, hospitals and care homes – is a much better deal. This sort of spending creates more jobs, especially for women, than construction. It would respond to an urgent and expanding social need and provide a larger stimulus to the economy.

The only real investment in social infrastructure that was announced was the joint £3 billion commissioning plan between NHS and councils for social care. But this money is not new, it’s simply syphoned off from the already pressurised NHS budget.

The rise of 0.01% in the 2015-16 NHS budget to £110 billion may appear to be good news, but the health service is already in dire straits being required to find savings of £20 billion by 2015. These cuts have had a dramatic impact on the health services that are vital to women. Many services such as neo-natal services, midwives, health visitors and birth centres have already been lost.

The Chancellor’s ring-fencing is too little, too late and makes no allowance for the fact that health service costs rise faster than inflation and the NHS faces an increased demand from an ageing population and a rising birth-rate. Women who aren’t fluent in English, often black and minority ethnic (BAME) women, are at particular risk, with the loss of translation and interpretation services which are essential to ensuring they receive the privacy and treatment they need.

For those in the public sector, loss of pay progression will harm the lowest paid workers and entrench existing gender pay inequalities

The cuts to NHS staff are also gendered, because the public sector employs more women than men. Women make up nearly 90% of all qualified nursing, midwifery and health visiting staff. Between 2010 and 2012 there has been a loss of 6,082 qualified nursing staff nationally. The numbers of female medical and dental professionals (excluding other doctors in training) in lower grades have also reduced each year since 2010.

It may seem obvious, but the Treasury has also failed to recognise another important impact of reduced health and social care services on women. Given that women are more likely than men to act as carers to people with long term illnesses or disabilities, including the elderly, cuts to state funded health and social care services will only increase the ‘care burden’ on women further. 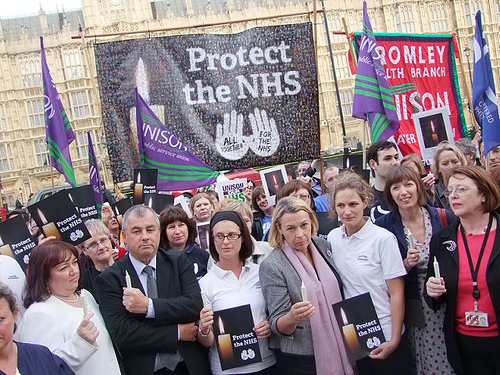 Yes, national budgets especially during times of austerity are a matter of difficult decisions. The coalition has chosen to cut the budget of the Department for Culture, Media and Sport by 7% which will herald a bleak future for many local after-school sports clubs (excellent childcare for women who are trying to enter the labour market). Yet the Chancellor has somehow found enough money to protect ‘elite sport’ and the defence budget. Does this mean he prioritises destroyers and Olympic medals over refuges and children’s services?

So what of these three new private sector jobs that have been created for each public sector job slashed? If this has actually happened why have we not seen resultant economic growth? It can only be because these new jobs are lower paid, more precarious and part-time, at a time when rising costs of living and stagnant wages mean most people need full-time employment. We will see more women pushed out of the public sector into low-quality jobs. And for those who stay in the public sector, loss of pay progression (another of his announcements) will harm the lowest paid workers and entrench existing gender pay inequalities.

Among the WBG members watching the announcement, few of us were surprised to see that social security would take another battering. But most worrying was the plan to make the unemployed and precariously employed wait seven days before giving them access to universal credit (most existing benefits, like job seekers’ allowance, will be bundled together and replaced with one ‘universal credit’). Sure, this will save the government a whopping £250 million a year but it only serves to take money away from those who need it most.

This announcement will hit women, especially those with young children, particularly hard since they are often the ones in low-paid, insecure jobs who will not be able to wait a week to feed themselves and their family. Changes to the universal credit have a huge impact on refuges too, living below the minimum income standard (a standard set by the Joseph Rowntree Foundation which specifies the minimum income needed by various types of families, for example a couple with one child need £473.90 a week) by 2015, this can only make matters worse.

The Chancellor announced that job seekers who don’t speak English will have to attend compulsory lessons or lose their benefits. I was incredulous when I heard this given the government’s 2011 cuts to English as a Second Language courses.

Forthcoming research examining the impact of cuts on BAME women in Coventry suggests that it is increasingly difficult for people to access English classes. Some courses have been cut, others have lost their crèche provision. Plus the numbers of job seeker’s allowance claimants who do not speak English are small and thus, the saving will be minimal. It is just another example of the sort of anti-immigrant, anti-poor policy we might expect from a government desperate for votes in 2015.

Yet again the Chancellor has failed to gender-proof his budget. 2015-16 will see an investment in a huge roads programme but this spending review will still leave millions of women on the road to unstable employment and poverty.

The Women’s Budget Group press release on the Spending Review can be found here.