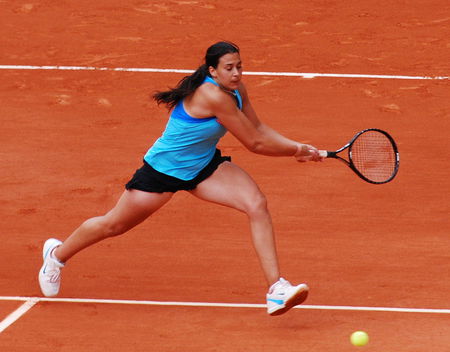 Marion Bartoli won the Wimbledon women’s singles trophy today, and the French woman’s performance has been highly praised by commentators and fans. However, to many viewers her skill and talent was frankly unimportant due to her perceived lack of attractiveness.

Bartoli, despite an impressive performance, was judged by one man on Twitter to be a “fat slob”, and another as an “ugly bitch”. Others saw fit to describe her as “too ugly to be raped” and the rageful hatred went on and on and on.

Those who thought she was not pleasing enough to look at to deserve to win are symptomatic of the wider problem of women always being expected to not just look good, but to look good in a way that men approve of. And, of course, when different men have different tastes and preferences we get to a point where we can never win, even if we do bother to try. Bartoli’s performance should be enough, and I daresay the winner of the men’s single won’t be subject to a barrage of abuse about his appearance.

Everyday Sexism took screenshots of just a sample of the abusive tweets: to get a closer look, click on the image below.

Just a tiny selection of the #Bartoli comments #EverydaySexism pic.twitter.com/OKGvcgSY6U

[The image is a photograph of Marion Bartoli playing tennis in 2011. It was taken by Carine06 and is used under a Creative Commons Licence]