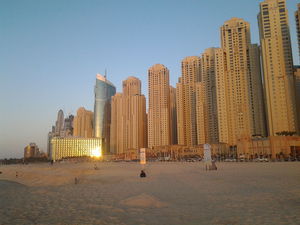 In March of this year, Marte Deborah Dalelv was on a business trip to Dubai. She was raped after a night out with colleagues and went to the police who imprisoned her and, four days later, charged HER with three crimes including having sex outside of marriage. She was convicted this week and has now been sentenced to 16 months in prison for having the temerity to report her assault, compared with the 13 months that her alleged rapist received. Marte, from Norway, is now officially wanted by the Dubai authorities, despite the Norwegian government having apparently secured a “conditional release” for her.

To add insult to injury, reports now suggest that Marte Dalelv has been sacked from her job, due to her, “unacceptable and improper behaviour”. Her boss, Wissam Al Mana, for whom she worked at Al Mana Interiors, seemingly sent her a personally signed letter to inform her that she was, “terminated for misconduct and breach of [her] employment duties, effective immediately […] due to [her] unacceptable and improper behavior during your last business trip in Dubai, which has resulted in [her] arrest by the Police Authorities in UAE”.

Every aspect of this story is enraging and unfair. Marte describes going to the police after her assault as, “the natural reaction where I am from”, and the fact that she has ended up not only charged and convicted, but sentenced to a longer imprisonment than her alleged rapist is unspeakably unjust The message it sends out to other women in UAE is clear: you will not only get no justice, you will be punished for what you have been through. For her employer, the husband of Janet Jackson, to compound the injustice by terminating her employment beggars belief.

Marte is not the only woman to have been at the receiving end of such treatment. Alicia Gali, an Australian woman working in UAE was sentenced to eleven months in prison for illicit sex and one month for alcohol consumption, and was eventually pardoned after spending eight months in prison. And an unnamed British woman was arrested for having sex with her boyfriend outside marriage after she reported being raped by a waiter.

Gay rights in the UAE are no better. LGBT people can be imprisoned for cross dressing and having sex, and forced chemical hormone “treatments” can be imposed. Under the Federal Penal Code, homosexuality can be punished by death.

If you want to contact the UAE Embassy in the UK to protest Marte’s sentence and the ongoing mistreatment of women and other minority groups in the legal system, you can do so here.

[The image is a photograph of Dubai. It was taken by Bassem JARKAS and is used under a Creative Commons Licence]