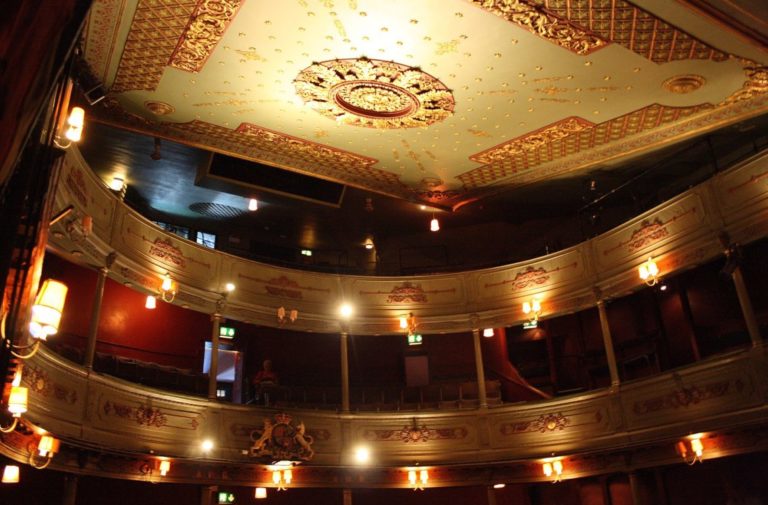 New review: Far from a fairytale 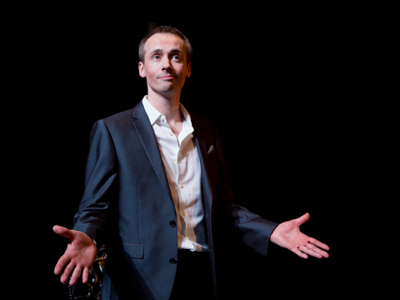 Reinterpretations of fairytales are rather commonplace in the worlds of fiction and theatre. Simple storylines with moral messages lend themselves well to writers and groups looking to make their mark with something familiar but hopefully refreshingly different. Subverting expectations can be a particularly powerful way of making a point; see Angela Carter’s The Bloody Chamber and other stories, for example.

I was never quite sure what the moral message of the fairytale Bluebeard was supposed to be, though. We have Bluebeard himself, who’s a serial monogamist whose wives keep disappearing. He gives his new wife a bunch of keys and free rein over the house, as long as she never goes into one particular looked room. Spoiler alert: she goes into the room, where she finds the bodies of all the ex-wives. I can never quite remember what happens after this point (which might be why I don’t know what the moral is) – sometimes there are grisly consequences, sometimes she escapes. As with many fairytales, there isn’t an entirely accepted, official version. The main things that stay with you are the idea of man who kills his wives and the Eve/Pandora proof that ladies just can’t resist the one thing they shouldn’t do.

So, we have a storyline that clearly engages with some key potentially problematic areas. Violence against women, control, gender roles – these were all things I was interested to see explored, subverted or interrogated by the new play Bluebeard.

Unfortunately, the exploration doesn’t go terribly far. It’s a fantastic piece of character acting, but a script that is entirely in the voice of an abuser has limitations in condemning his actions. Often, the audience is encouraged to sympathise with the Bluebeard character and weak explanations are given for why he is the way he is.

Nevertheless, as I note in my review, some moments do give the audience pause for thought:

He tells the audience that the women “ask for it” and so he is merely treating them as who they want to be. These words are frequently spoken as people argue for consent in its absence. If a woman has had sex with a man before, does that mean she has consented to do so in the future? If a woman flirts with man, is it ok for him to assume she’s up for it? If a woman is wearing a short skirt, how is a man supposed to know that she might not be interested in him? In some ways, Bluebeard challenges the “asking for it” myth – it could not be clearer that what Jim does to women is vicious and, even if there is initial enthusiasm, his ultimate actions are unasked for.