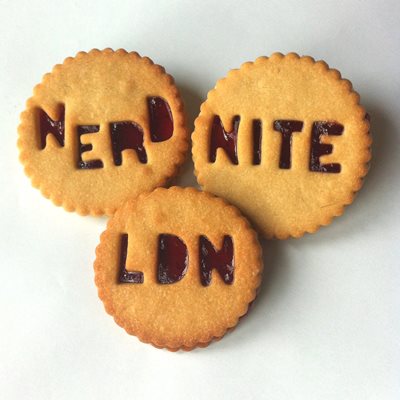 Proud to be a nerd

Are you a nerd with a passion you’d like to share?! Suzi Price of Nerd Nite London wants to hear from you…

By Suzi Price, one of the organisers of Nerd Nite London.

Recent research from America shows that women are much more likely to be put off IT jobs than men due to the negative image of the IT ‘nerd’. Despite the fact that the stereotype of the computer scientist as technology-oriented, intensely focused on computers, intelligent and socially unskilled seems to be prevalent among both men and women, the research highlights that it is women who find this image more off putting. As a result, the researchers concluded that this is because women see these characteristics as ‘incompatible with the female gender role and inconsistent with how many women see themselves’.

Instead of asking why women don’t see themselves as intelligent or technology-oriented, the research seems to advise that in order to increase interest in IT among women the media should be encouraged to play down these stereotypes and show that IT can be more ‘people-oriented or traditionally feminine’.

This is a similar argument made by the Little Miss Geek campaign, which is trying to convince more girls to take up careers in tech. These campaigners also found that girls were put off by the stereotype of tech workers as ‘old men with overgrown hair’ (I don’t think the boys were worried about having a career with a ‘bad hair’ image).

The Little Miss Geek campaign decided to counter these stereotypes by using fashion to encourage young girls to engage with tech. They held a Wearable Tech Event and asked girls to design dresses and clothing using technology, pointing to Nicole Scherzinger’s LED dress by CuteCircuit as an inspiration.

I find this approach patronising. It just seems to me that the message is ‘get into tech and you too can get to play with pretty dresses’. Instead, we should be calling out the way girls think of nerds, and looking at how we can help young women realise that their career shouldn’t just be about yet another way they can prove their attractiveness.

I’m sure this research and these campaigns have their hearts in the right place – they’re focused on getting women into rewarding careers in tech and IT, after all. However, by trying to completely re-position the image of people who work in tech and erase the ‘nerd’ they’re simply managing the disease, not treating the root cause of the problem: why women don’t want a career where they might be seen as intellectual, tech-focused and unglamorous.

Along with two other women, I run Nerd Nite London, a monthly event where fantastically interesting people get up and do a 15-20 minute presentation about something they are passionate about.

Previously, we have had a female astrophysicist explain the big bang theory through the medium of Lego and a former Iranian freedom fighter who spoke about her experiences during the Iranian revolution. We also have a number of other great women speakers lined up for the future.

But we need more. We want to see as many female nerds as possible get up and educate the audience about something they know and love (while probably not caring whether their hair’s a mess).

If you have something you think could work for Nerd Nite or would like to nominate someone to speak, please do get in contact with us via twitter or Facebook, or email us at [email protected]

Our next Nerd Nite London event is on Wednesday 31 July 2013 at Paper Dress Vintage in Shoreditch.

We have a former GP discussing pain as a culturally constructed concept and how we feel and experience our bodies differently if we are from different societies. And a social researcher questioning whether it a good idea to encourage children to play competitive sport, or could it put many of them off for life? We are currently confirming our third speaker for the July event.

All profits from the night will go to the Medicins sans Frontieres, and you can buy tickets here.

The image shows three jammy dodger style biscuits, with the words “Nerd”, “Nite” and “Ldn” visible on them in jam.