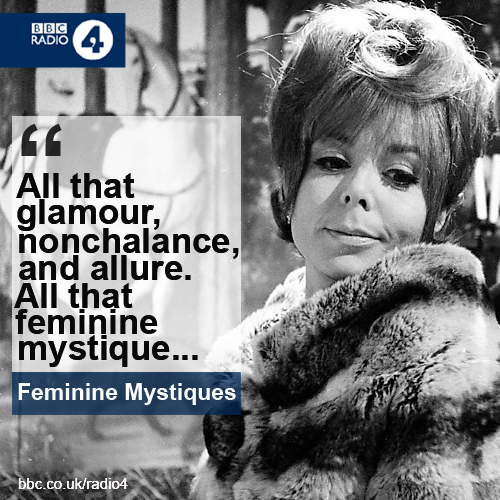 Welcome to this week’s round-up of the articles and blog pieces we’ve been reading over the past week. If you have a link or comment that doesn’t fit anywhere else and would like to share it, feel free to drop it in the comments here!

NB:A note will be added when the content is not adequately indicated in the title of an article. However, you are advised to use your discretion and approach the links with caution, as round-up posts contain links to external websites and blogs we have no control over. Along with this, we don’t always agree with every viewpoint expressed in the items or the sites containing them. As with actual F-Word content, none of the material reflects any “official view from The F Word” because not all contributors to the site will necessarily hold the same opinions on the topics or pieces shared.

On The Figure OF The Troll (By Strategy)

One woman’s worth: society’s double standard (The Drum)

“When Jill Meagher went missing, the media and the people were stirred into action. But when sex worker Tracy Connelly was murdered, the news barely made the papers. What makes one woman worth more than another[?]…”

“You seem to believe that the fact that my husband and I choose to use condoms during intercourse is a crime against men, committed by me, and you must take a stand not only for my husband’s sake, but for your own as well.”

Protecting the vulnerable (Inside Housing)

On the need for Homeless Legislation to change.

“The goal of the competition is that women from all over the world would send their shorts films, sharing their vision on the consequences of violence suffered by women in the midst of armed conflicts, and the role of women in peace construction within these conflicts.”

If you wear jeans, you’re not a woman: Transphobia at women’s shelters (Freethought Blogs)

A Conversation With a Kenyan Sex Worker (Media Diversity UK)

Why Did Hugo Schwyzer, Token Guy of the Lady Blogosphere, Retire Early? (The Cut)

Bomb threats made on Twitter to female journalists (Guardian, Tech)

“…to women, word processing was sold as a feminist innovation…”

he would say I “cried rape”: false allegations and rape culture (Defeating the Dragons)

why has Anchor Bay dick-washed and whitewashed The Sapphires? (updated) (flickfilosopher)

Double bad here: Firstly on the part of Anchor Bay (the DVD distributor) and, secondly, on the part of The Australian Daily Telegraph for quoting one of flickfilosopher’s commenters in their later report on the story without any attribution.

“Despite the lazy characterisations of much mainstream media, misogyny is not created by new technologies and it will take much more than an ‘abuse button’ to resolve.”

A Letter I Needed To Read (body impolitic)

“Sometimes you run across a statement that makes you take a deep breath and feel like you found something you needed to hear, even though you didn’t know you needed to hear it. That’s the way I feel about Iris Higgins’ ‘An Open Apology to All of My Weight Loss Clients’ posted in her blog on 07/27/2013.”

Why Orange Is the New Black Is So Addictive (Colorlines)

Rooms of our Own is seeking Directors

“We are aiming to obtain a building that will be a hub for London women incorporating women’s businesses and campaigning groups.”

The sixth in a series on problematic languge, this post addresses the question “But would you want your daughter to be a sex worker?”

The data is for every episode any listed programme started and includes all episodes up to and including 28th July 2013.

(As a side point, I’m personally never keen on the use of ‘males’ and ‘females’ as nouns but this is a great project.)

UPDATE 06/08/2013: The wording of this title has now been changed to “Percentage of Female and Male Panelist/Hosts on Various Panel Shows”. Other instances of ‘females’ and ‘males’ have also been changed, with the exception of the URLs, which remain the same so that previously shared links remain valid.

Feminine Mystiques: In thrall to glamour – the story behind Mink (BBC)

This accompanies the Radio 4 programme mentioned above and shows a black and white head and shoulders shot of a woman in a mink coat, leaning back slightly and looking down over her left shoulder (right). Blue BBC Radio 4 logo (top left). Large quote box containing “All that glamour, nonchalance and allure. All that feminine mystique… (quote unclosed) with ‘Feminine Mystiques’ in white on a blue strip underneath (middle left). bbc.co.uk/radio4 in white (bottom left).