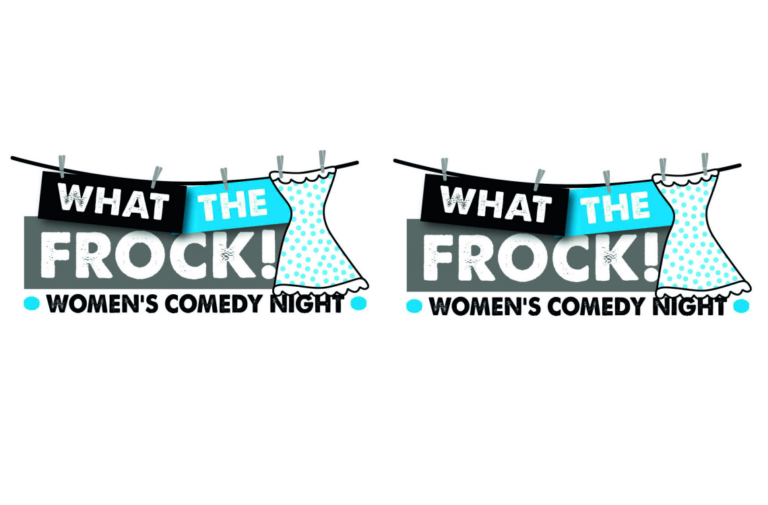 A belated happy first birthday to What The Frock!, which turned 1 in May. This Bristol-based comedy night was founded after journalist Jane Duffus became frustrated at the lack of visibility of women in comedy.

As I was performing myself that night, I was dispatched as the new comedy section’s roving reporter for the evening, to report back on how the night has been doing.

In short: it’s been doing very well for itself.

What The Frock! has been going from strength to strength since it started, selling out every gig put on at The Square Club (its regular haunt) as well as hosting a wide variety of events, including quiz nights, comedy nights at larger venues and shows as part of arts festivals. This is no mean feat: the comedy scene in the UK as a whole is widely considered to be in a period of financial decline. In the year since it began, What The Frock! has achieved everything the founder set out to prove; “a) there were plenty of funny women out there and b) there was an audience who would happily pay to see women comedians,” as Jane writes in her history of the night. The latter is probably the more important point. Improving the representation of women comedy club line ups depends enormously on promoters believing that paying punters will not be put off by the prominence of women comedians. For those of us who are passionate about the issue of women in comedy, this is another successful event that can be put forward as evidence that punters are by no means put off by female comics.

So bearing all that in mind, what’s the actual night like?

As you might imagine, it’s a far cry from the typical scenes I’ve found on the mainstream comedy circuit, but not just for the obvious reasons of gender. Instead of taking place in the usual cramped back room of a local pub or a dimly lit basement, What The Frock!’s regular gig venue is a stylish bar in a Bristol hotel. Although it’s something of a culture shock (what with me being most acclimatised to performing in far less posh environments), it provides an excellent atmosphere for a friendly, supportive comedy night (rather than the vaguely fraught environment some clubs can have where it’s not entirely certain whether the night will run through without something kicking off). It’s an incredibly friendly space to perform in.

Not only is it friendly, but it’s abundantly clear that Jane Duffus puts an incredible amount of heart and soul into making it a wonderful event to attend. As part of the birthday theme, there is an array of cakes and sweets laid out for audience members, as well as arm and hand massages on offer from a representative from Lush. All of these things, as well as the excellent hosting by resident compere Jayde Adams, keeps it all just the right side of raucous.

I’m sharing the bill with some very well selected performers in the form of Viv Groskop, Cerys Nelmes and Alice Frick. There is a huge variety of topics covered between us, totally undermining the criticism that women doing comedy will only talk about their gender (as if that’s even a valid criticism, given the amount of white middle-class males in comedy who talk almost exclusively about being a white middle-class male).

The very supportive audience is overwhelmingly female, which is no bad thing; it’s incredible to see more women express an engagement with live comedy and I hope nights like this will lead to a larger uptake of women performing stand-up. All of the men in attendance appear to be having a great time. The only shame is that the men who inevitably postulate that women lack humour aren’t there to witness themselves being proven wrong.

Regardless, it’s fantastic to see a night do so incredibly well on the basis that it’s a woman-friendly environment. Promoters of nights with mixed-gender bills can learn a lot from What The Frock! Creating a space where women feel comfortable does not lead to a loss of audience. In fact, nights like this can hopefully create a wider audience for comedy clubs, tapping into a market which may have previously felt alienated by the usual level of rampant blokishness to be found at most comedy nights.

Even though What The Frock! has achieved (and perhaps even exceeded) the goals set out by its founder within the short space of a year, it’s by no means stopping and will expand to Exeter in October. We can but hope there will be more successes and more birthdays, to come.

Charlie Sanders is in Edinburgh this month as part of Comedy Grit at Southsider at 17:45 pm daily, until 25 August (not including the 13th). This show is part of the PBH Free Fringe programme and is pay-what-you-can.

Cerys Nelmes is in Edinburgh this month performing in The Girls Your Mother Warned You About with Tash Bartlett at La Tosca at 18:30 pm daily until 25 August (not including the 12th or 19th). This show is part of the PBH Free Fringe programme and is pay-what-you-can.

Viv Groskop is in Edinburgh this month performing in I Laughed, I Cried at Le Monde at 22:40 pm on 18 and 19 August only.

Jayde Adams is in Edinburgh this month and is compering the Painted Grin Comedy Cabaret at the Voodoo Rooms at 23:05 pm until the 25 August (not including the 20th). This show is part of the PBH Free Fringe programme and is pay-what-you-can.

The comedy section is new to The F Word. If you would like to join the reviewer pool or pitch a piece, get in touch with [email protected]

If you aren’t already, you can also follow the performers and venue mentioned in this post and check out their current and upcoming appearances: @charliesaur @vivgroskop, @cerysnelmes, @frickalice, @jaydeadams and @WTFrock_Comedy

Image is of a doodled washing line in blues and greys, with the event name on signs pegged to the line beside a blue polka dot dress. It is repeated twice

Charlie Sanders is a scatterbrained comedy nerd who occasionally performs stand-up and has her fingers in too many pies to be entirely useful. She tweets as @charliesaur and is in Edinburgh as part of a show on PBH Free Fringe called Comedy Grit (1-25 August (not including the 13th), 5.45pm, Southsider)